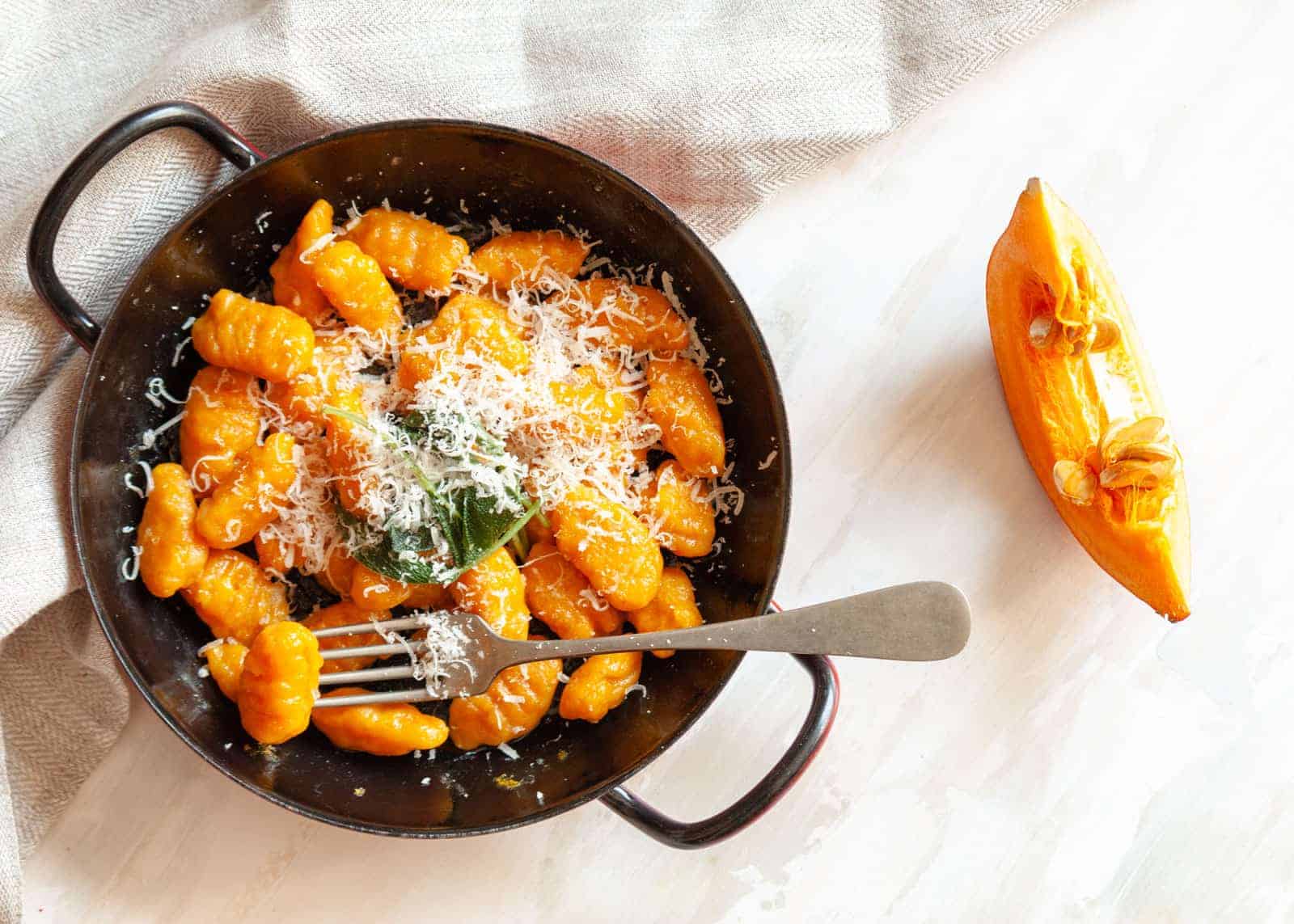 Their bright orange colour is a sight for sore eyes. And at the very latest, when the delicate pumpkin gnocchi melt in your mouth on spicy sage butter, you will be more than happy that it is autumn.

Gnocchi is particularly popular in northern Italy, especially in Lombardy. Under the reign of the Gonzaga family, the provincial capital of Mantova benefitted from the greatest political and culinary influence, especially in the 17th century. Here the dukes cultivated rice and bred the best fish in the Mincio River and in the lakes around the city. But their chefs also appreciated and used the simple crops of the fertile lowlands, such as the pumpkin. And once a donkey or horse had done its service in the fields, it was not unusual for it to become a fine braised meat, a stracotto. This means something like "cooked for a very long time". Stracotto can still be found on many menus in the region today.

The Mantovan tradition has also survived when it comes to the pumpkin, and in recent years it has become a healthy "soul food", not only in Italy. From the end of September to the end of October is the time for pumpkins around Mantua. As soon as the leaves and stalks dry out, harvesting takes place. The queen among the pumpkins, a regional speciality, is the zucca mantovana with its green skin. The shape is reminiscent of a turban or the former headgear of priests (cappello del prete). The pulp is free of fibres, orange, aromatic and sweet. This pumpkin tastes wonderful as jam (for example, with cheese), in soups, in risotto or as gnocchi, which are very easy to make.

How to choose the right pumpkin

Pumpkins are like watermelons: they grow first and then they store water. In this way they can contain up to 90% water. This is too much water for good gnocchi.
When I buy a pumpkin, I always choose the lighter of two with the same size. The variety is also important. The Hokkaido pumpkin and mantovana contain relatively little water, which is why they are my first choice.

If I notice that the pumpkin is still too wet, I cook it on salt. If the salt turns brown-black on the bottom, it means that the salt has extracted the juice from the pumpkin. That's how I know the pumpkin is done.
After removing the pumpkin flesh from the skin, I let it stand because water can still form. When that happens, I'll remove it. 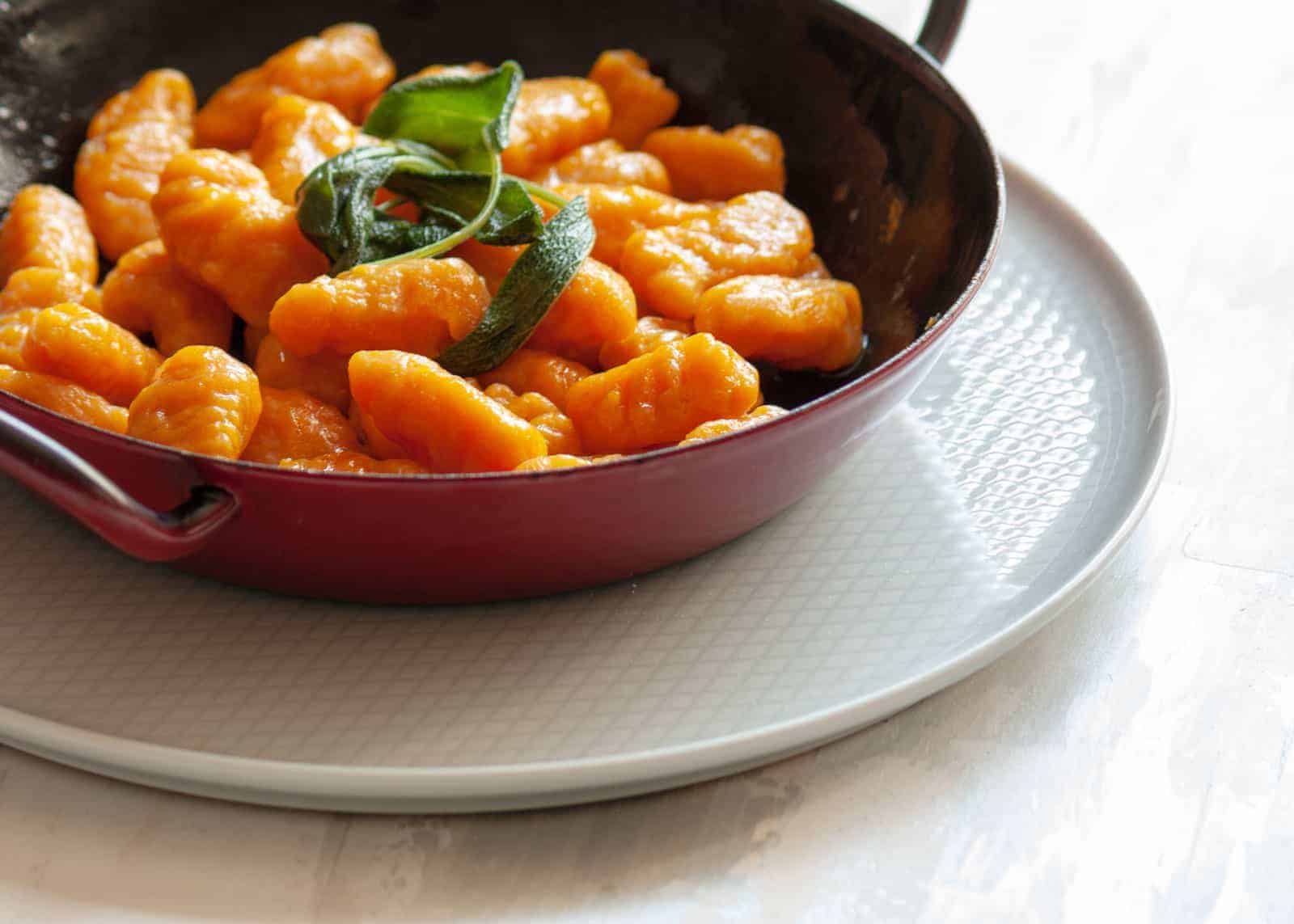 Pumpkin gnocchi - the taste of autumn