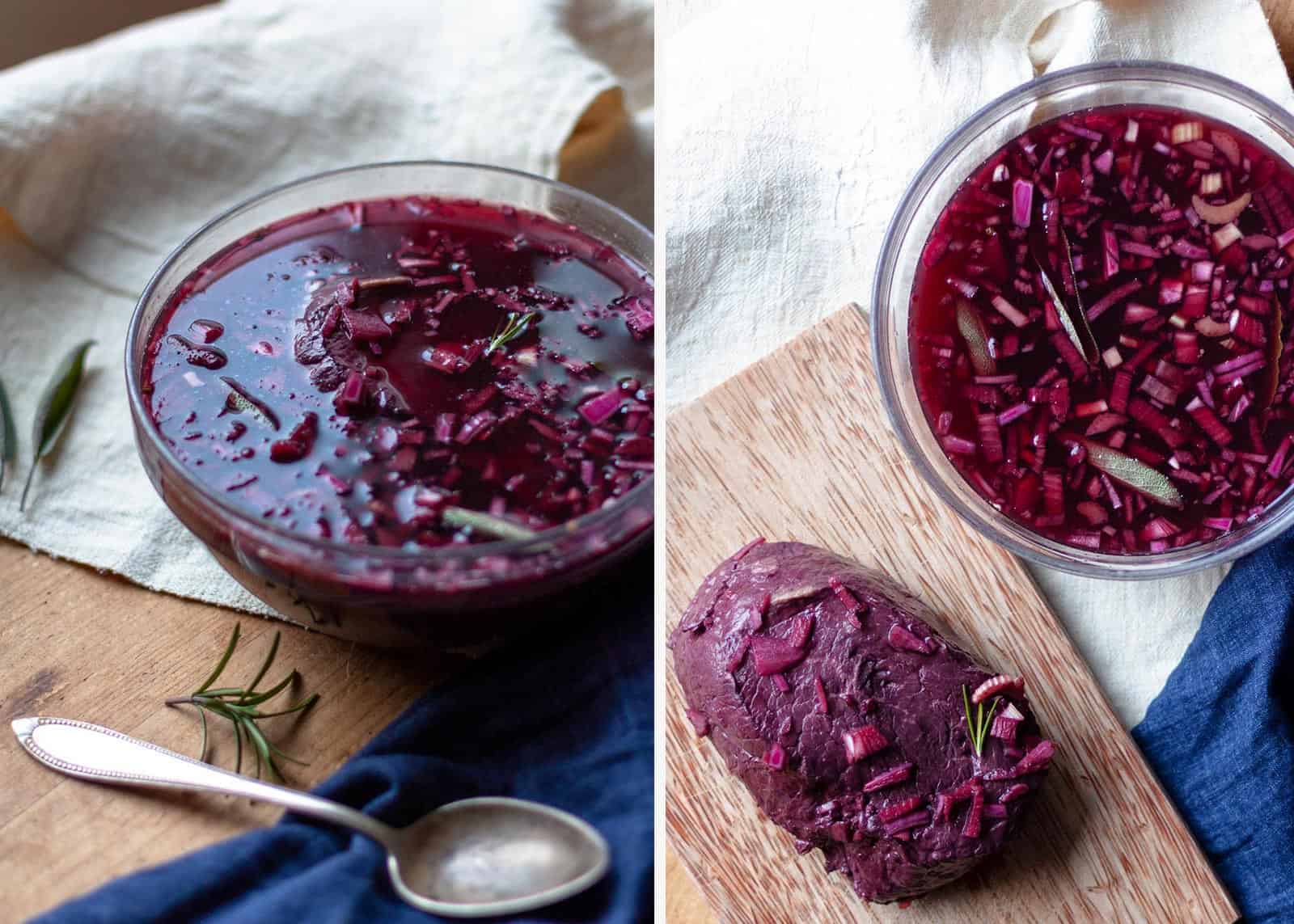 In the Piedmont dialect, this braised beef is called Brasà al bareul. Just like its name, it melts in your mouth and tastes simply wonderful. This is also due to the ingredients, so only take the very best of everything!

The beef braised in Barolo is a classic of the Piedmontese cuisine and easy to recreate at home. According to the original recipe, you have to use beef from the Italian breed, Fassona, which has remarkably lean and tender meat. If you need an alternative, it is best to ask your trusted butcher for advice. For this recipe, you can use different pieces. Not only the muscle meat from the shoulder (“priest’s hat”), but also the topside is perfect as these pieces do not get dry or tough, even after braising them for a long time.

The best meat should be complemented with the best wine of the Langhe region: the Barolo. A relatively young wine, which has received the official DOCG seal of approval since the 1980s, and which is one of the most renowned wines in the whole of Italy. The Barolo was first created in the 19th century in the vineyards surrounding the town of Alba. The French oenologist, Louis Oudart, shared the knowledge of fermentation methods he had gained from the Champagne region. New cellars were built, in which the wine could develop well in the cold. The results were so well received that even the Royal House of Savoy made its vineyards in the region available. The wine of kings soon became the king of wines.

With patience comes flavour: the old original recipe of Beef Braised in Barolo

Just as crucial when preparing the perfect barolo roast are time and braising temperature. Brasato, loosely translated, means “slow braising”. In the past, it took four days to prepare. On the first day, the meat was placed in wine. On day two, spices and vegetables were added. On the fourth day, the marinated meat was finally ready to be cooked in a casseruola. At first, the surface of the meat was sealed at high heat. The brasato was then slowly braised on a wood stove (stufa) for a whole day. This is why the braised beef is still often called stufato in Italian nowadays. But don’t worry, there is a quicker way! 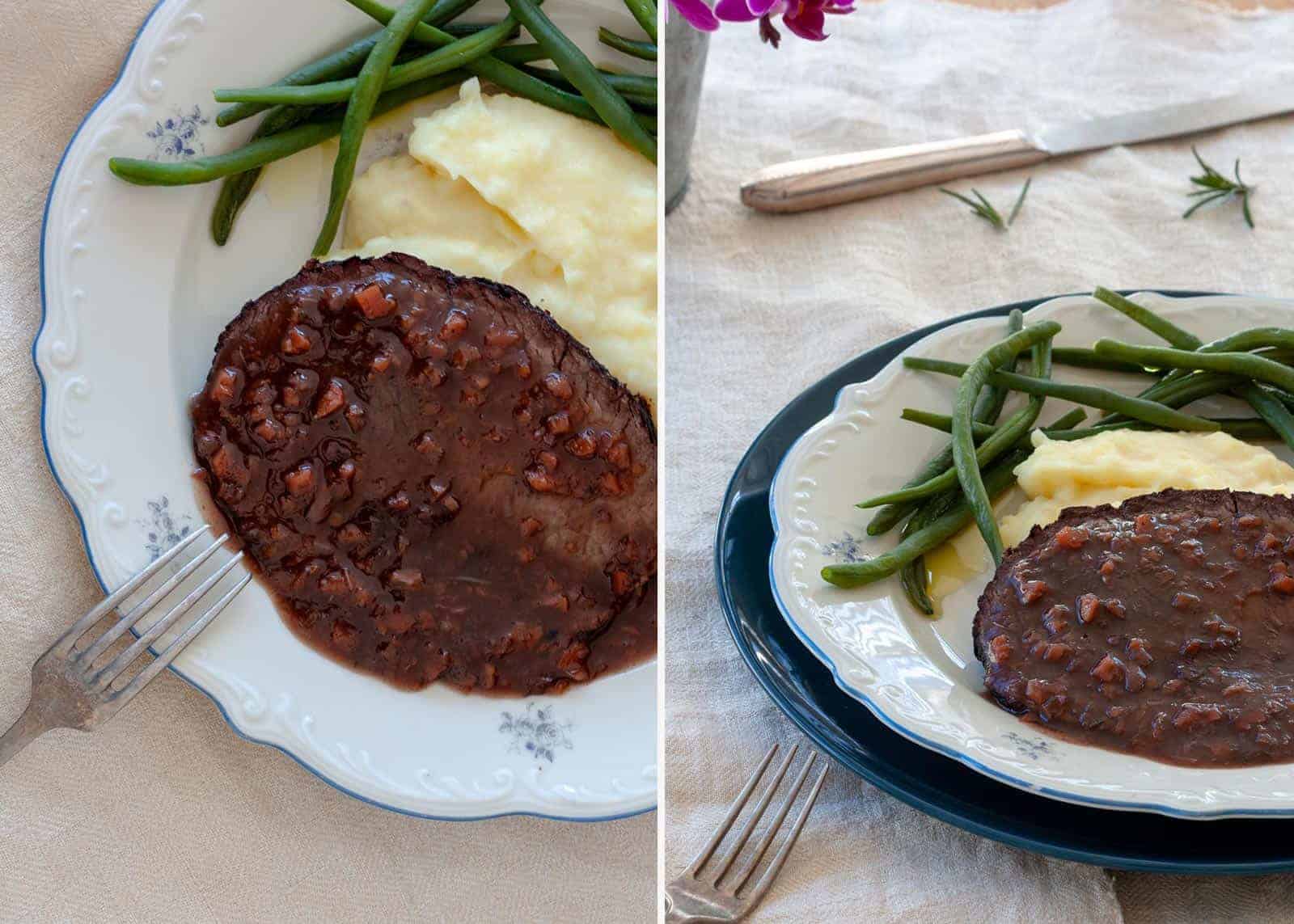