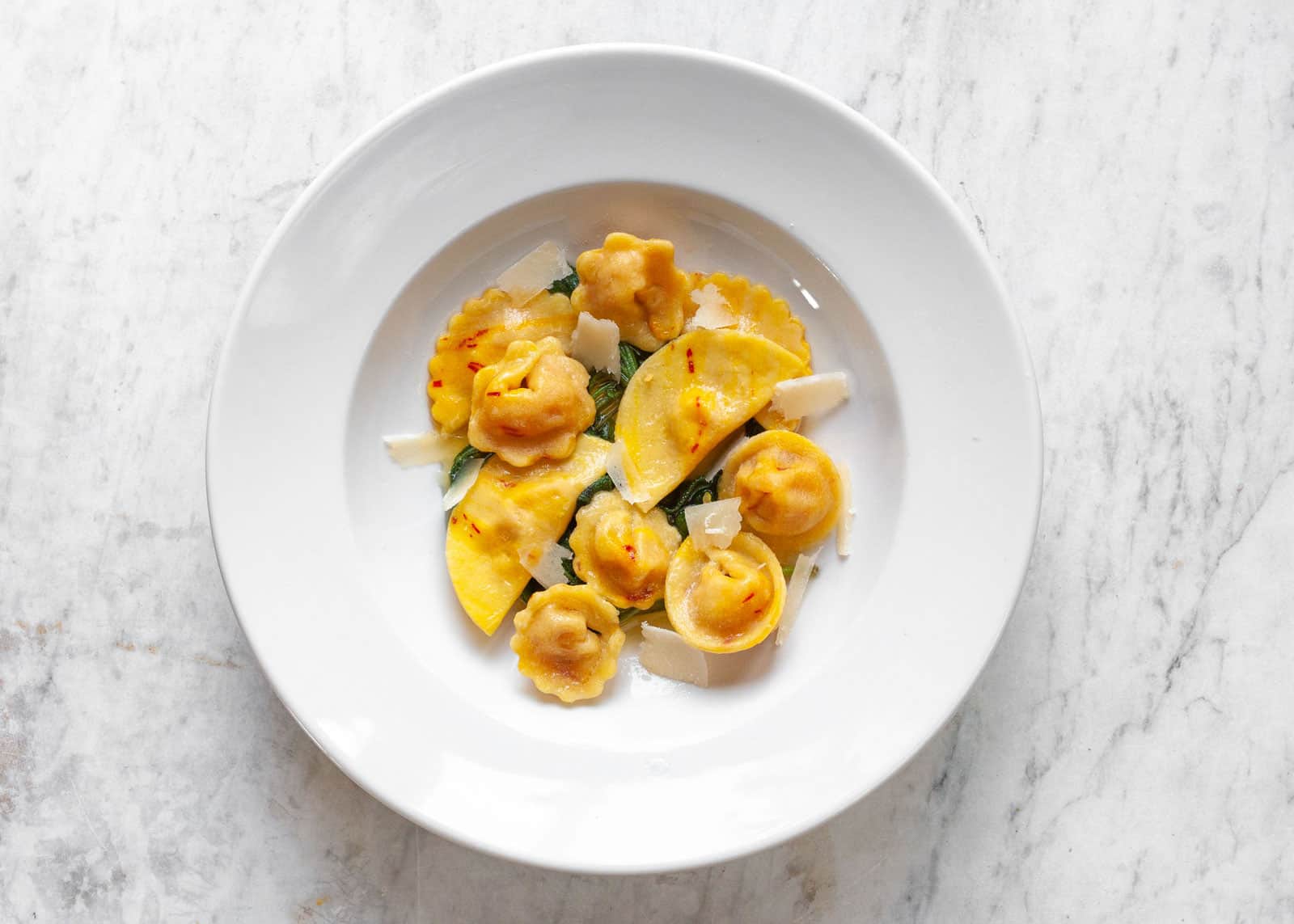 Cappellacci are a speciality from Ferrara, which are sure to surprise you with their sweet and spicy pumpkin filling. I like to enhance the dough for the pasta ripiena with a touch of saffron. A feast for the eyes and a treat for the palate.

Traditionally, pumpkin cappellacci are not prepared with a saffron mixture. Instead, the filling is "sweetened" with Amaretti and Mostarda, a spicy fruit jam preserved with mustard. The first mention of pumpkin-filled pasta from the region dates back to 1584. Giovan Battista Rossetti, the court chef of the Ferrara princely family of d'Este, immortalised them in his cookbook as "pumpkin tortelli with butter". At that time, pepper and ginger were added to the filling. A great contrast to the sweetish pumpkin - try it out!

The pumpkin tortelli were not part of the everyday diet of the d'Este family. They were served at official banquets, although pumpkin was rarely on the menu of the rich at that time. Pumpkin was something for the poor people. But the d'Este family had their own opinion: they preferred local food. The pumpkin probably because it shone decoratively like gold. The symbol of power and wealth. Whether the distinguished dinner guests were impressed by it is not clear from Rossetti's notes.

According to legend, it was around 1870 that a gendarme gave the pumpkin tortelli the shape they have today. Inspiration was provided by a gang of bandits who were up to no good in the province of Ferrara at the time, and who repeatedly escaped the clutches of the police. The dirty hat (cappellaccio) that every robber wore was their trademark. One of the gendarmes, whose job it was to catch the bandits, was so engrossed in thoughts about his work while making tortelli that he made the bandits' hats instead of tortelli out of the dough. 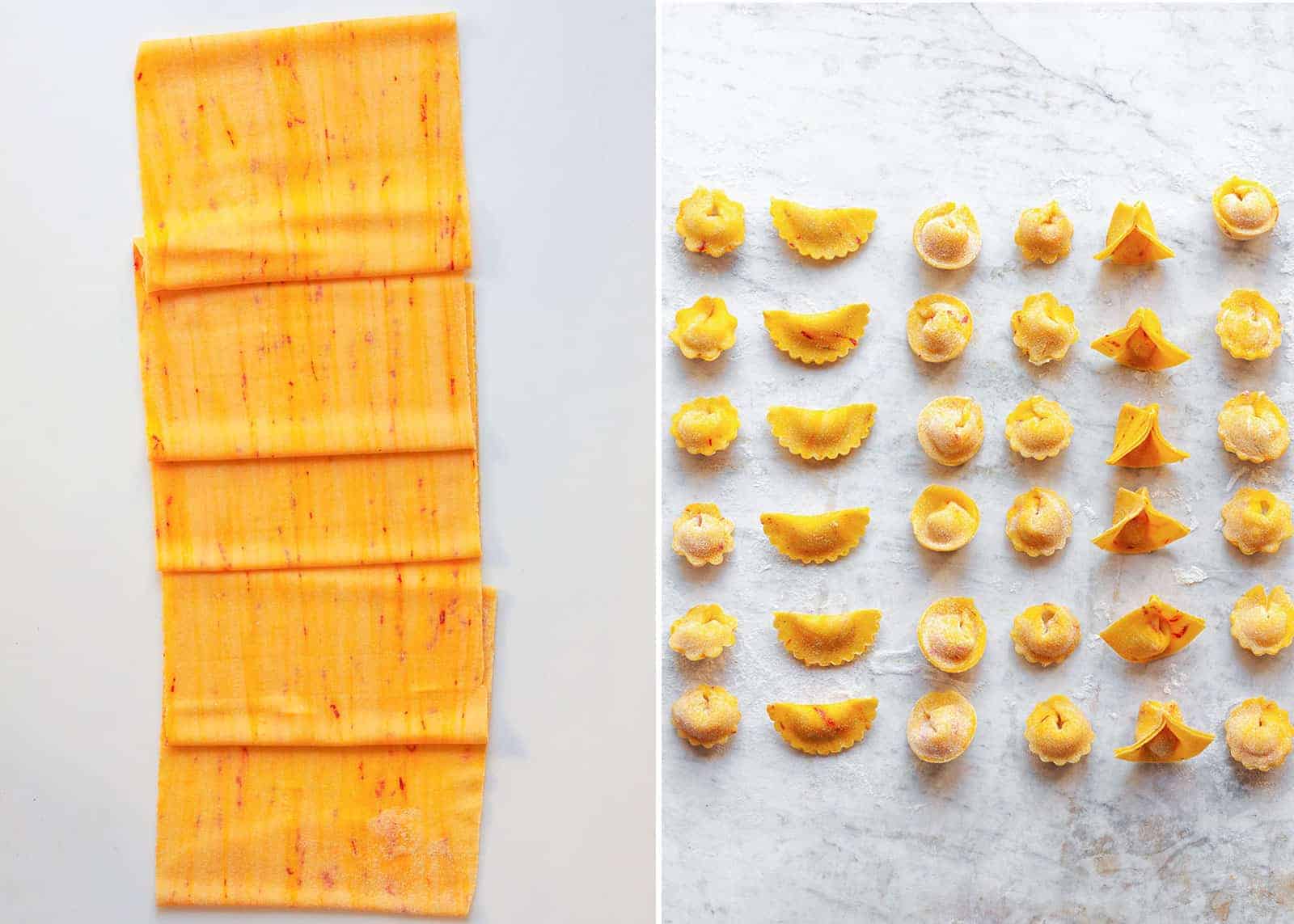 Cappellacci are a speciality from Ferrara, which are sure to surprise you with their sweet and spicy pumpkin filling
5 from all votes. Click on stars to vote.
Prep Time 40 mins
Cook Time 5 mins
30 mins
Total Time 1 hr 15 mins
Course Main Course, main dish
Cuisine Emilia-Romagna, Italian
Servings 6 serves
Calories 466 kcal

Baking the pumpkin in the oven on salt is as old as it is effective and guarantees the perfect consistency of the filling. A pumpkin filling for pasta dough should not be wet. Leave the pumpkin in the oven until the salt has browned slightly. Then the pumpkin has released most of its moisture to the salt and is soft. Do not throw the salt away. Only the salt soaked with pumpkin juice should be removed. The rest of the salt can be reused.