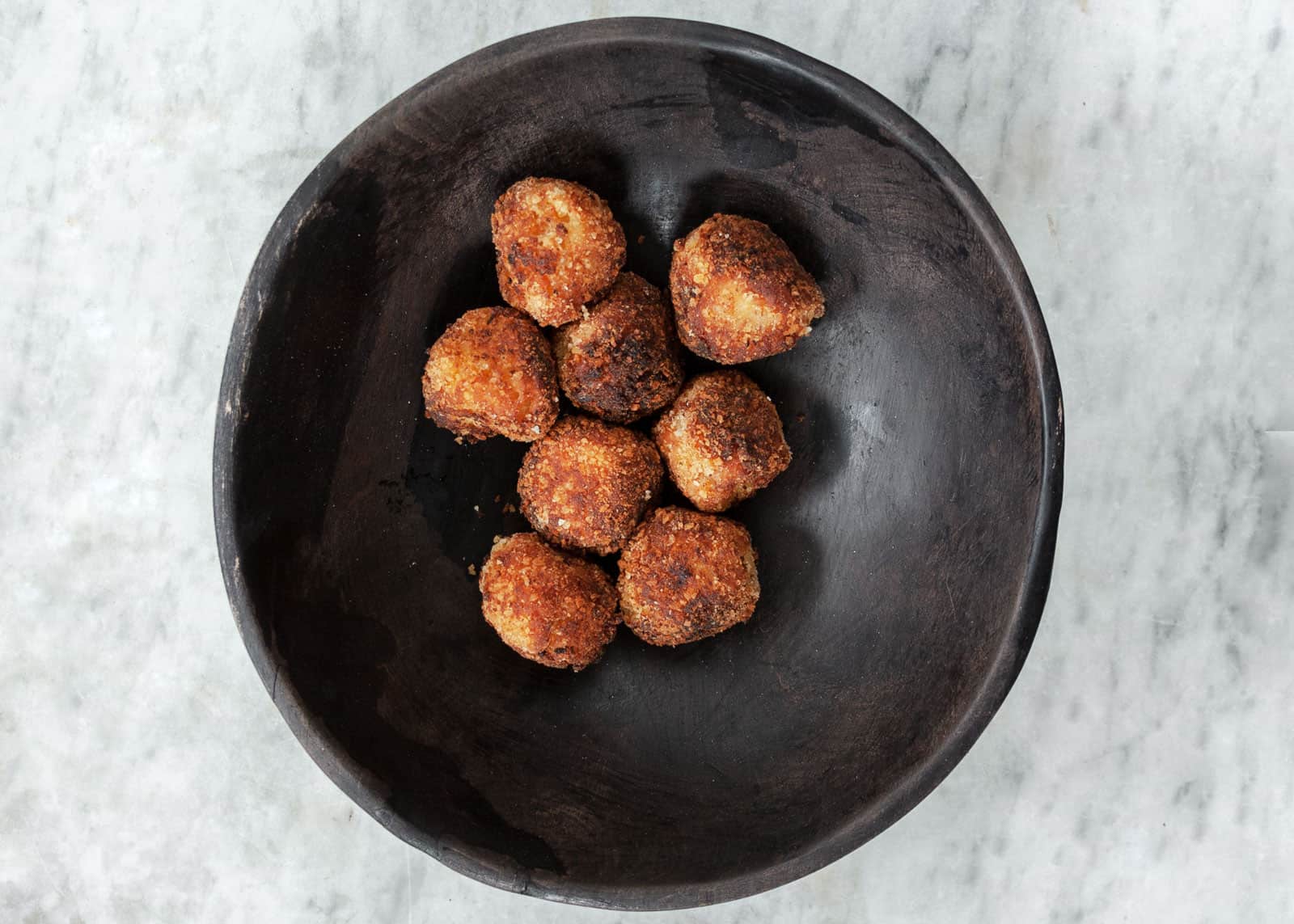 Polpette di Pelliccia – potato meatballs – from Tuscany are crispy and simply irresistible. Children also love them especially because of the wonderful story of Mr. Pelliccia (fur coat), which is traditionally told during this meal.

Some recipes for meatballs – based on the Italian fritadella for fried food – can be traced back to the 13th century in Italy. The famous culinary expert, Maestro Martino, the chef of noblemen, bishops and cardinals, referred to them under the name pulpette in his cookbook, Libro de arte coquinaria (1480). Italian meatballs have one thing in common: they are small, have a round shape and are the perfect “leftover meal”. They are usually made from cooked or roasted meat, fish and poultry combined with pulses, vegetables, rice or potatoes.

Meatballs for every taste

Do you like hearty food or do you prefer vegetarian cuisine? There are different meatball recipes so you will definitely find something to your liking. Meat lovers, for example, like the butter-fried Milanese mondeghili: with salsiccia, mortadella, meat, breadcrumbs and Parmesan cheese. In central Italy, meatballs are often neither fried nor deep-fried in oil, but cooked in tomato sauce, which is called in umido. Aubergine and ricotta meatballs from Sicily are also delicious. But only the Tuscan Polpette di Pelliccia made with potatoes and chicken are served with a little story.

The story of Mr. Pelliccia

One day, a stranger moved to a small village in Tuscany. Nothing was known of him except that he went to the market in a fur coat (pelliccia) and bought the most delicious ingredients there every day. And that in times of war! Mr. Pelliccia, as he was called, must have been rich. In his flat, he cooked meatballs, the smell of which lured all the poor children onto the street. But none of them dared to come closer. Until one day a little boy found the courage to enter the house through the open door. Other children followed him. The door of the flat was also open – and there stood Mr. Pelliccia, complaining. “I’ve been cooking for you for days!” he shouted. “But for your own happiness, you have to play your part too.” Mr. Pelliccia’s meatballs were the best the children had ever tasted. From that day on, they always had a warm place and a warm meal.

This is what summer should taste like: the simple tart with baked tomatoes and buffalo mozzarella is enhanced by herbs such as marjoram and thyme. Whether from the garden or from the pot on your

Chicken, lemons, salt and pepper - that's all it takes for a delicious and juicy roast chicken. The chicken is in the oven in no time, leaving you time for an espresso or aperitif. But don't forget:

According to an old saying in Italy, if you go to Lucca and don’t try buccellato, this sweet Tuscan cake, you haven't been to Lucca at all. In Tuscany, there are very special stories surrounding the

In Italy, pollo al latte is a very popular dish amongst mothers as it is so easy and quick to make. And children love it because it tastes so delicious. Our home was no exception. Quick and easy

Hugo is the latest addition to the cocktail family. It is a sparkling Prosecco with the scent of lemon balm or elderberry cordial and fresh mint. The slightly alcoholic and delicious aperitif from the

Don’t let first impressions fool you! Spaghetti alla Nerano is not just a dish of ordinary spaghetti with courgettes. The provolone (a cheese originating in Casilli near Vesuvius, where it is still