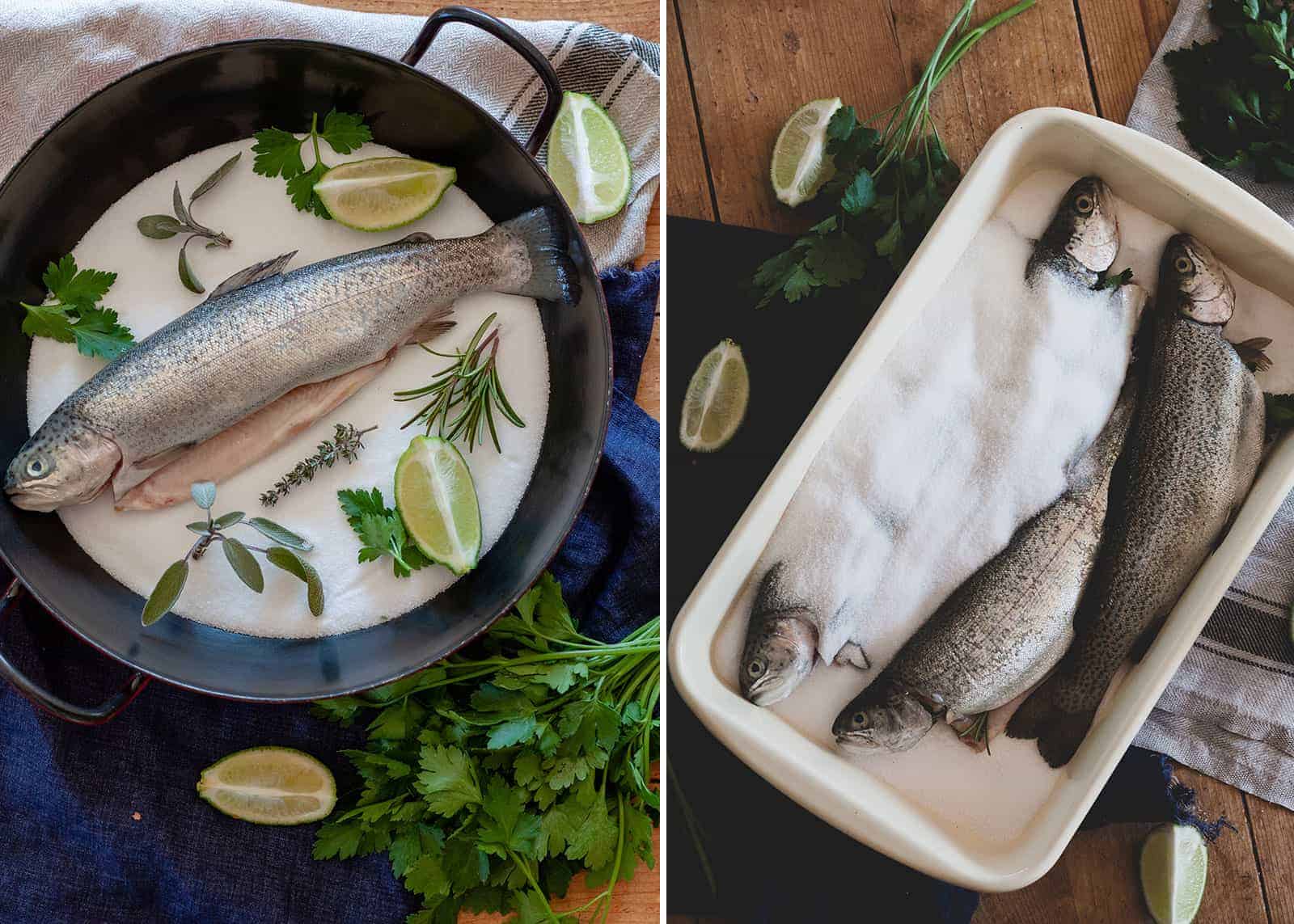 Cooking in a salt crust is one of the best and most gentle methods of preparing tender meat, poultry and, above all, fish. Even trout can become juicy and incredibly aromatic in a salt crust. This traditional recipe from Italy is not only ancient but also so easy!

The gift of the sea

This method of preparation likely originated in costal regions with seawater saltworks. A salt crust can easily be created by using freshly harvested, still moist sea salt. Everything that is cooked in it retains its natural taste and becomes not only tender but also juicy. This is due to the salt crust, which becomes hard and airtight in the heat, protecting the aroma of meat or fish and preserving the moisture inside the crust. This means that you do not have to use any fat or oil at all when preparing food in this manner.

The traditional Italian recipe could not be more simple: fish or meat is covered with salt and then cooked in the oven.  Over the last couple of decades, a further recipe has become popular because the dishes prepared using this method taste just as good. In this recipe, the salt, preferably coarse-grained, is mixed together with beaten egg whites. You can add herbs to the salt mass if you would like to add more flavour to your fish or meat. If you would rather not use your oven, you can also prepare the fish on a bed of salt in a pot. This does, however, means you have to pay a little more attention to it while cooking (see preparation). 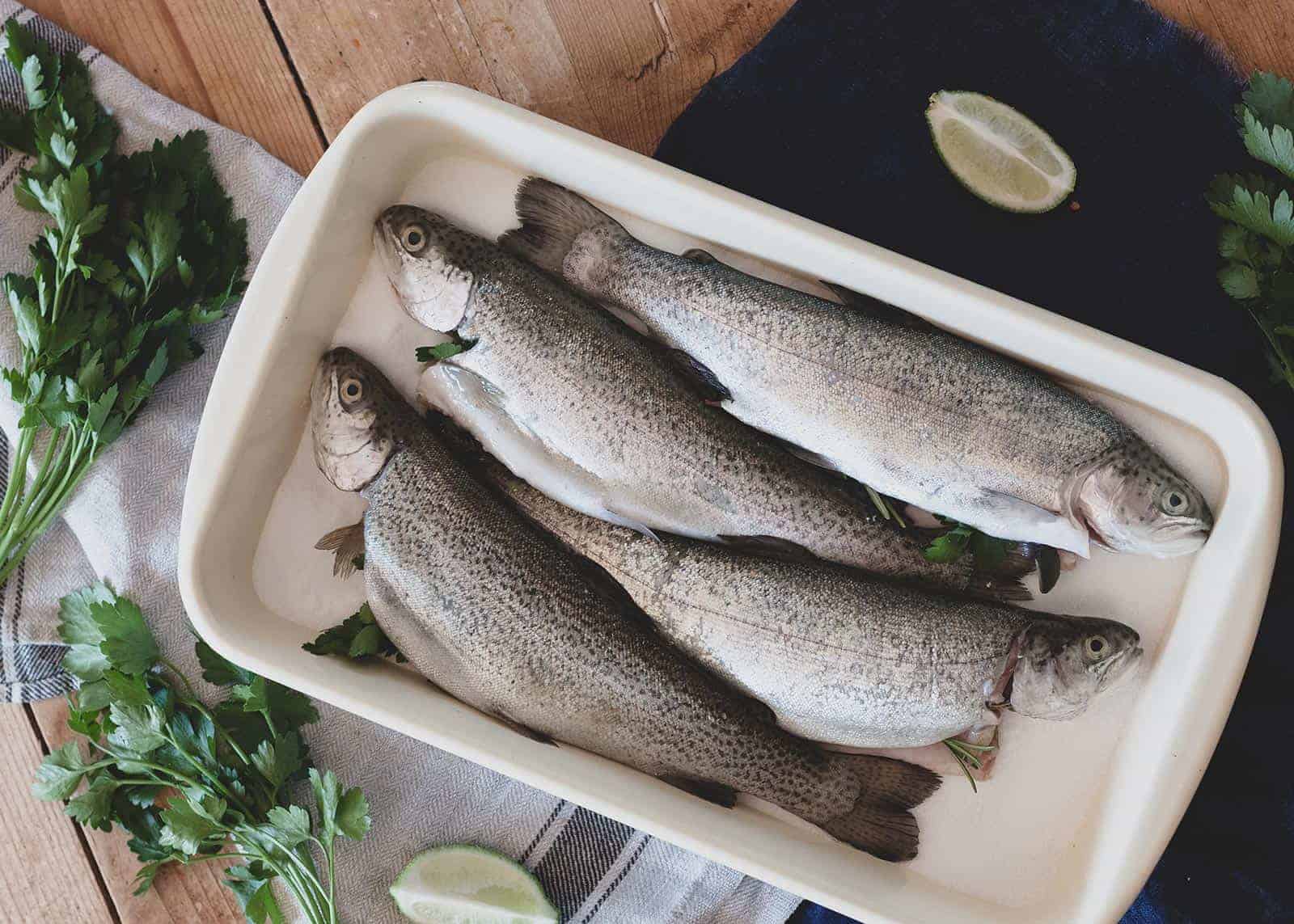 To add even more flavour to your fish, chop herbs into small pieces and mix them together with the salt, or place roughly cut herbs into the belly of the fish. Parsley, sage and (lemon) thyme are excellent for fish with a delicate taste, such as trout. Strongly aromatic herbs, such as rosemary, fennel seeds, bay leaves and garlic, also go very well with sea fish. Sea bass and gilt-head bream are also delicious when prepared in a salt crust.

For every 500g of coarse salt you need 200g of protein (approx. from 3 eggs). This version also requires about twice as much salt as the weight of the trout. Beat the egg whites until they resemble a fluffy cloud, and add salt and possibly some finely chopped herbs. Place a 1 cm thick layer of the salt mixture on the baking tray, place the fish on top of it and cover with the rest of the salt mixture. Continue as described above.

Add a sprig of rosemary and a few sage leaves to 300ml of water and bring to the boil. Put the herbal water into a spray bottle once it has cooled down. Take a steel pot in which the fish has enough room to lie flat. Cover the bottom of the pot with 1 cm of salt and spray the herbal water onto it. Put a few sprigs of herbs and the fish on top of the salt and steam for 10 minutes at medium heat. Frequently turn the trout. Then, remove the pot from the heat, cover the pot with a lid or tin foil and let the fish steep for another 15 minutes. Serve as described above.