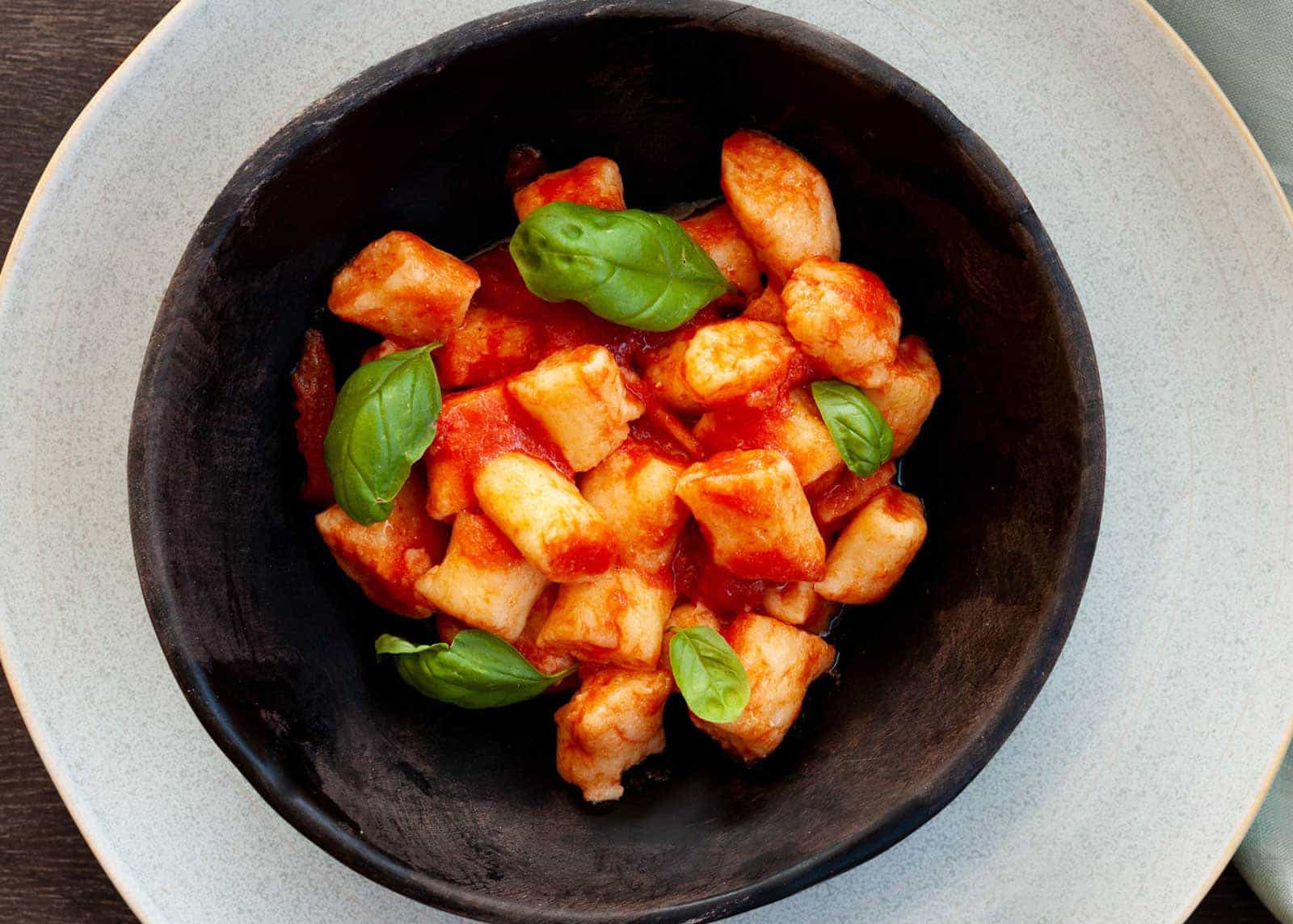 We all know gnocchi mainly from potato dough. But in Italy's regions, these delicious little pasta dumplings are also made from various types of flour, polenta or bread. In Venice and in Sicily, people love them with ricotta.

Without potatoes is also possible

Before the potato began its triumphal procession into Europe, Italian gnocchi were a festive variant of pasta. As the cookbooks of the Middle Ages and the Renaissance show, the dough consisted of various types of flour, which were often supplemented with other ingredients. The traditional Malloreddus, for example, small Sardinian pasta made from durum wheat flour, are also called gnocchi sardi. As varied as the gnocchi are, so different are the ways in which they come to the table: in sage butter or tomato sauce, topped with cheese or in a broth.

In Piedmont, gnocchi are made from buckwheat and wheat flour, for example. In Friuli and Lazio, eggs are added to the dough; in Tuscany, the dough is made from polenta semolina. In Lombardy, gnocchi are made from stale bread, spinach and eggs. In Trentino-South Tyrol,  they are also prepared with stale bread. The Venetians and the Sicilians in turn mix ricotta into it. However, the oldest gnocchi in Italy are from Emilia Romagna. The recipe for pisarei is from the Middle Ages. The gnocchi, made of flour, breadcrumbs and water, are served with beans, onions and tomatoes.

Ricotta made from sheep's milk is a typical product of southern Italy and Sicily. The most famous one comes from the Sicani mountains between the province of Palermo and Agrigento. This ricotta is also used to make the Sicilian cannoli and cassata. Still today the shepherds move with their flocks over the herb-rich pastures of the Sicani mountains and the sheep are milked by hand. Sheep's milk used to be one of the island's most important foods.  Some even believed it had magical powers. It was said that women who did not want to get pregnant should drink sheep's milk before sexual intercourse.

A simple tomato sauce tastes great with these creamy gnocchi. Its sourness is a fine contrast to the ricotta: fry a clove of garlic in olive oil, remove it, then mix the strained or chopped tomatoes with the oil and let it boil down a little. If you like, add fresh basil for added flavour. Season to taste with salt. The Venetian ricotta gnocchi (fioreta) are served with melted butter and mature, melted cheese.