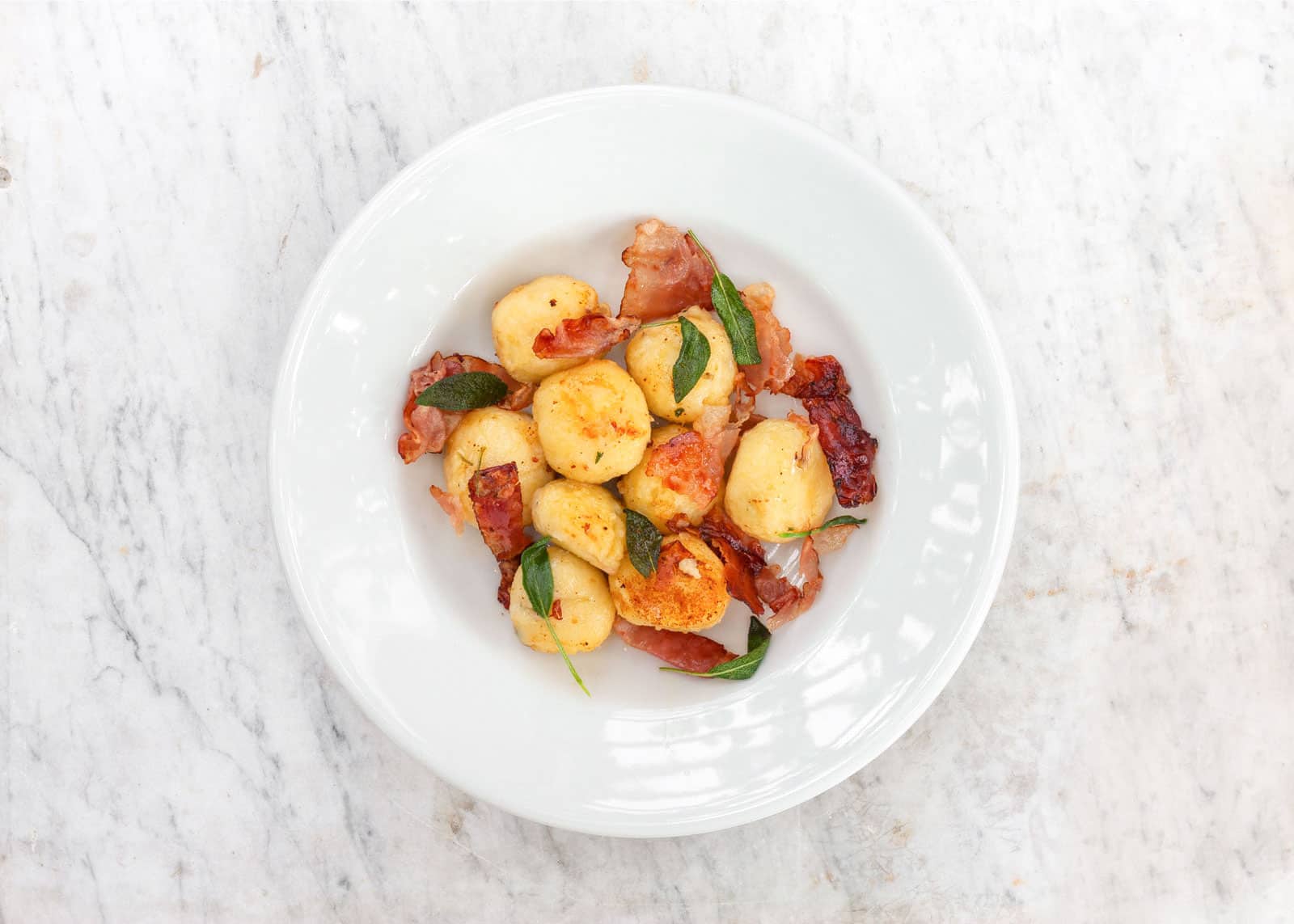 Gnocchi are among the classics of Italian cuisine. And the gnocchi recipes are just as diverse as Italy’s regions. One recipe originates from the northern Italian Alps and the Apennines. The typical ingredient for these excellent stuffed gnocchi: wild mountain spinach.

Greetings from the mountains: Wild Spinach

Wild mountain spinach grows in Italy at around 2,000 m above sea level. The young leaves are collected from June until flowering. Their distinctive taste is reminiscent of spinach and is slightly bitter like endive. If you are travelling in Italy’s mountains, you should definitely try it. Good King Henry is the English name for the wild vegetable that has fallen into oblivion. For centuries it provided shepherds and mountain dwellers with valuable vitamins and minerals. Today, wild spinach is on the red list of endangered species in Europe, even if connoisseurs sometimes find its characteristic goosefoot-shaped leaves in the valley.

In Trentino-South Tyrol, the name of the wild spinach is comete, in Lombardy parüch and in the Apennines orapi. The botanical generic name is Bonus Henricus. Some associate him with King Henry IV, the Good, because he had a heart for the poor rural population and, according to legend, opened his garden to the hungry people. Here the name Henry the Good reflects the beneficial and healing effects of an entire plant family of wild herbs.

The wild spinach goes well with primi piatti, in soups, side dishes, salads and wonderfully in stuffed gnocchi where its aroma is revealed in combination with ricotta and Grana cheese. Dairy products were also a staple food for many in Italy’s mountain regions. While Parmesan is only produced in Emilia Romagna and Lombardy, the Grana cheese used in the recipe mainly comes from Veneto, Trentino-South Tyrol and Piedmont. Parmesan is made with animal rennet, while Grana cheese is made with vegetable or microbial rennet, which vegetarians are very happy about! 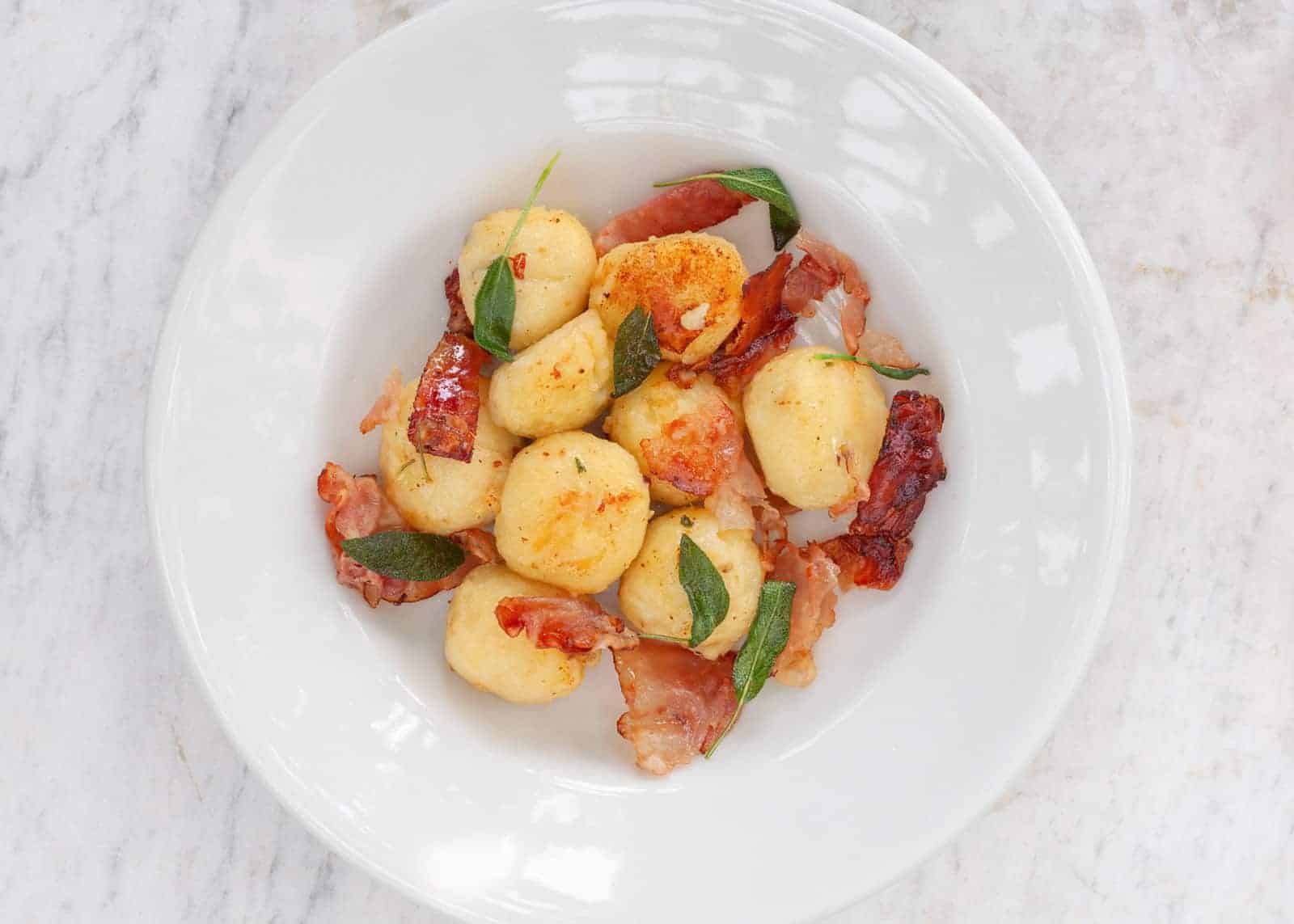 One Italian gnocchi recipe originates from the northern Italian Alps and the Apennines. The typical ingredient for these excellent stuffed gnocchi: wild mountain spinach

Alternative with hazelnuts and caramelised grapes

An old recipe uses hazelnuts instead of pumpkin seeds in the filling. The preparation is the same as described above. Decorate with caramelised red grapes: for each 50 g of sugar heat 1 tablespoon of water and possibly some butter while stirring until the mass is browned – this is the time to carefully caramelise the grapes in it. Before you arrange the stuffed gnocchi and grapes on the plates, spread 1 tablespoon of hazelnut oil (or pumpkin seed oil for other fillings) on each plate: a spectacle of flavours and colours for connoisseurs.

Whenever my mother or grandmother decided to make pasta al forno when I was a child, it always turned it into a wonderful day. The baked pasta casserole lured everyone to the table and put a smile on

Polpette di Pelliccia - potato meatballs - from Tuscany are crispy and simply irresistible. Children also love them especially because of the wonderful story of Mr. Pelliccia (fur coat), which is

As white as cream, as red as raspberries and as black as chocolate! But the colourful “Snow White Cake” is not only a feast for the eyes. Because fluffy crème, fruity berries and fine chocolate sponge

Cooking in a salt crust is one of the best and most gentle methods of preparing tender meat, poultry and, above all, fish. Even trout can become juicy and incredibly aromatic in a salt crust. This

This simple cake is light and airy, not too sweet and tastes as delicious when fresh as when toasted. We Italians like to dunk the Torta semplice into our coffee, a hot cocoa or a glass of cold milk.