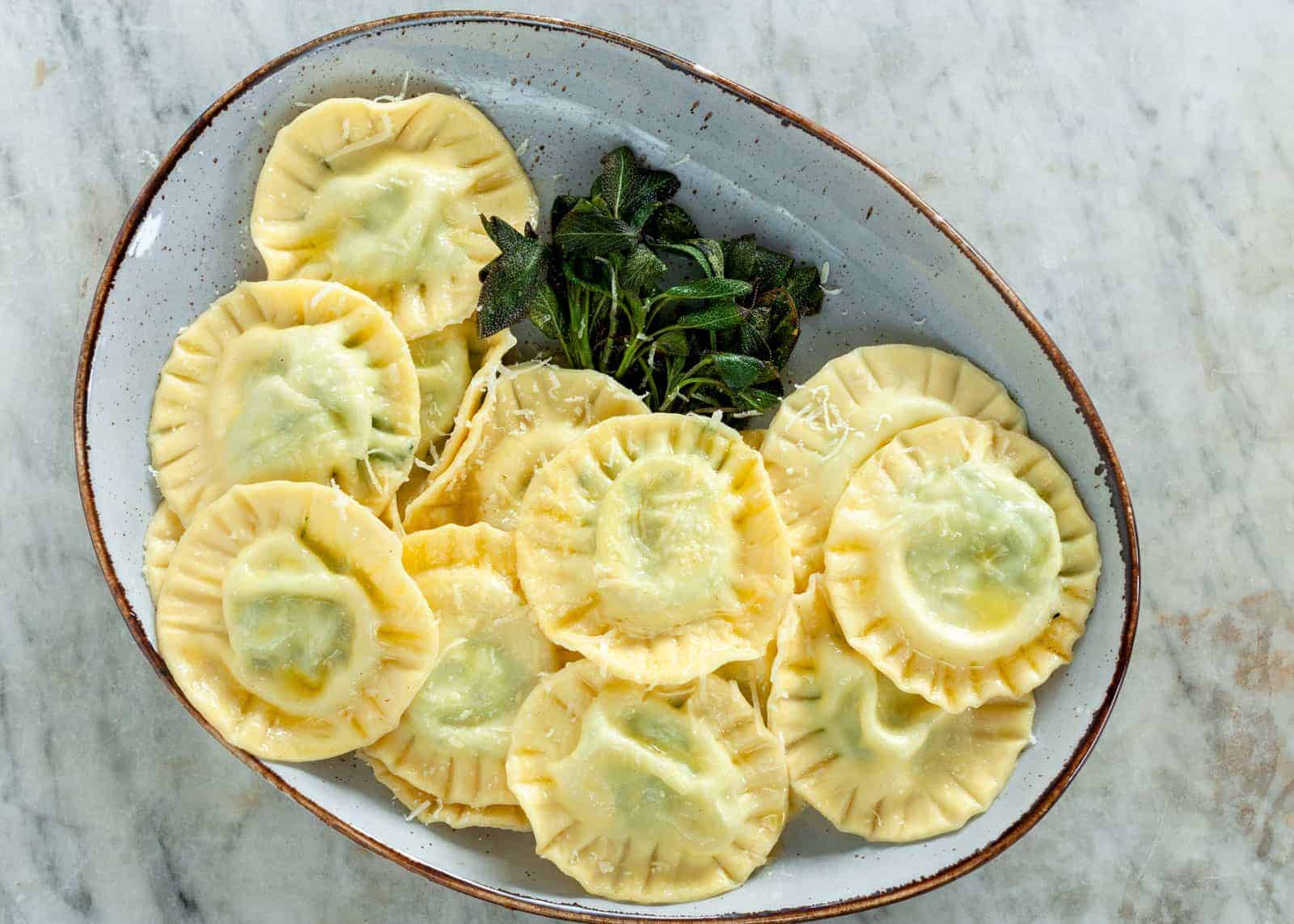 Spring is here! I like to celebrate it with homemade ravioli - filled with fresh spinach and ricotta. In Liguria, spinach ravioli alla genovese is a holiday dish. But they always taste good.

Get rich with ravioli

In Genoa, spinach ravioli traditionally have a square-rectangular shape. When it comes to the filling, which is placed between two layers of egg pasta dough, cooks can then let their imaginations run wild: meat combined with aromatic borage, fish, vegetables, cheese and fresh herbs always lead to new taste experiences. For the meatless version (ravioli di magro), spinach orchard mixed with tender ricotta are the preferred ingredients.

The name of the pasta, as the story goes, comes from a family called Raviolo from the small town of Gavi in what is now Piedmont. The egg noodles with meat filling, which was served here in the family's inn as early as the 12th century, was legendary and helped the owners to become wealthy. This bought them a title of nobility, and they chose the stuffed egg noodles as their emblem. From then on, the name and the pasta were one and the same.

Also according to legend, a poor woman wanted to celebrate Christmas with the famous pasta, but unfortunately she could not afford to buy meat for the filling. Instead, she resorted to vegetables from her garden and some leftover soft cheese she found in the pantry. And the ravioli tasted marvellous!

There is evidence that ravioli was already a common dish in the late Middle Ages. Boccaccio confirms this. The Italian writer wrote in the Decameron: "And there was (there) a mountain made entirely of grated Parmesan cheese, on which stood people who did nothing but make macaroni and ravioli and cook them in capon broth."
The word raviolo, according to etymology, can also be derived from the verb avvolgere (to wrap, wrap up). This actually describes what you do when you make ravioli.

For the pasta dough

For the pasta dough

Now it's time for the filling

A variation in the filling is the taste of a little nutmeg or freshly grated lemon zest. Kitchen herbs such as oregano and basil flavour the filling or sauce.