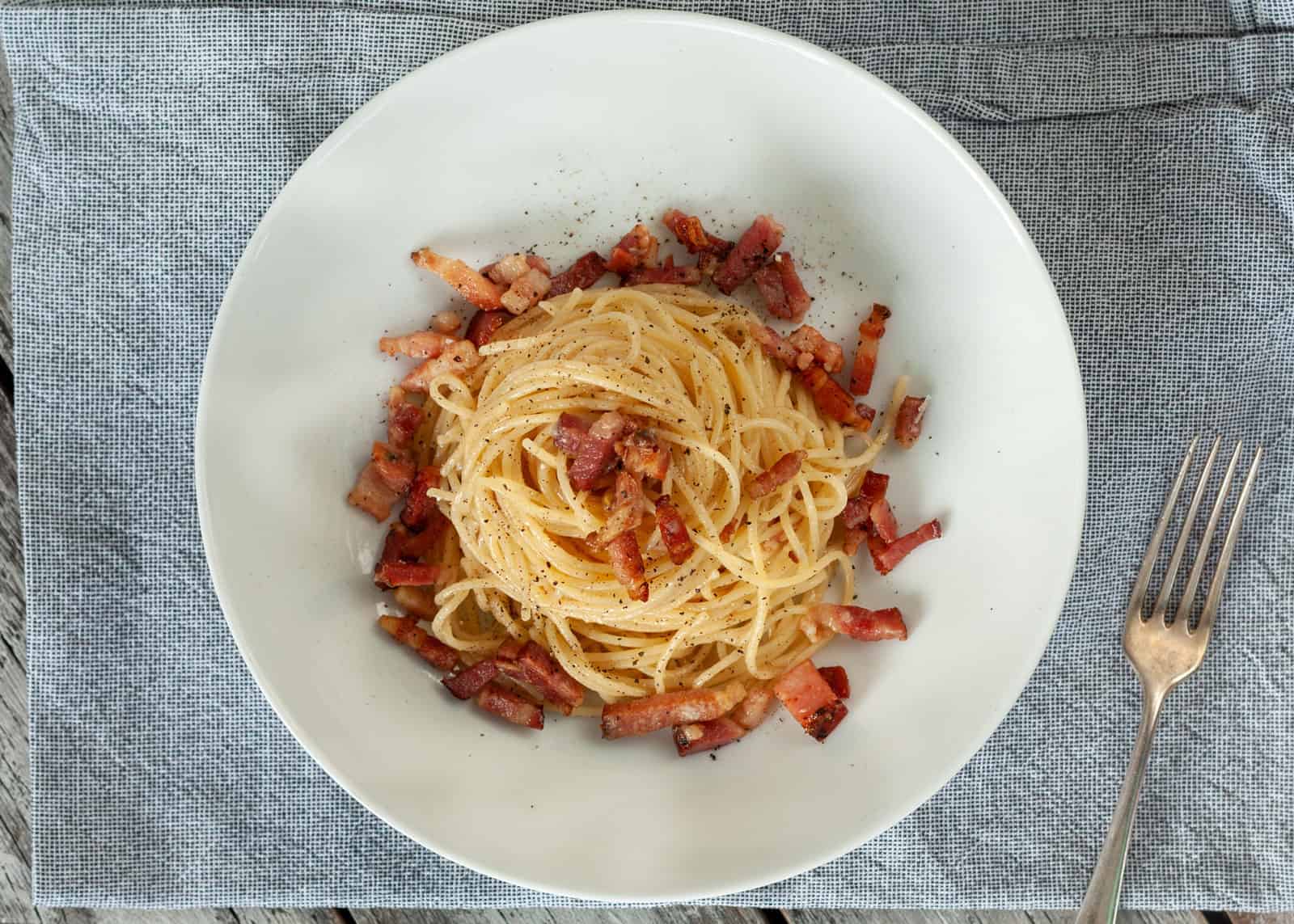 You do not need many ingredients to create a rich and full taste. For example, bacon, pecorino and pepper are all that is needed for the rustic spaghetti alla gricia. The perfect pasta when time is short. And of course for all those who like hearty food.

Pasta with a summer feeling

Grisciano is a small village in the border region of Lazio, Umbria and the Marche. This is probably where the name of the alla gricia pasta comes from, a dish which is very popular in Rome. But its “inventors” were the shepherds of this mountainous region. On their long journeys with their flocks of sheep, the shepherds used to carry only long-lasting food in their rucksacks: dried pasta, bacon, pepper, lard and Pecorino, which they made themselves. A more recent version of the recipe is named after the village of Amatrice. The “amatriciana” also includes ripe tomatoes and possibly some pepperoni. They provided some variation in the shepherd's kitchen in summer.

On bacon and cheese

The two pasta dishes from Lazio are traditionally prepared with lard and not with olive oil. For this dish, it is best not to use pancetta, the smoky bacon, as its taste would be too intense. The guanciale, made from the cheeks, is, with its mild aroma, the bacon of choice for our recipe. We also have a tip for Pecorino: the Pecorino from the Amatrice area is quite mild and the best for pasta alla gricia or amatriciana. If you prefer something a little spicier, use Pecorino Romano. I would not recommend Sardo because of its very high salt content. 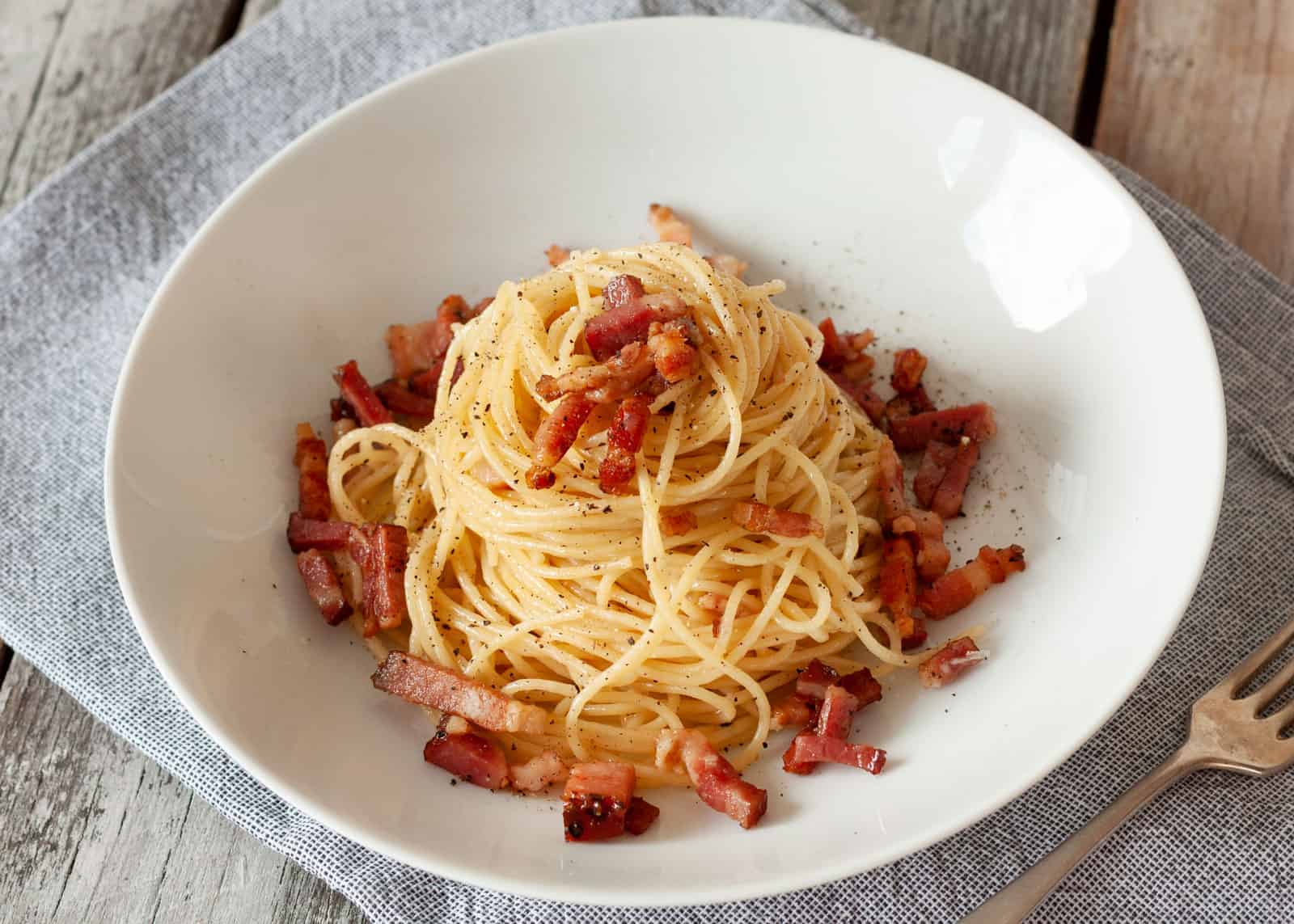