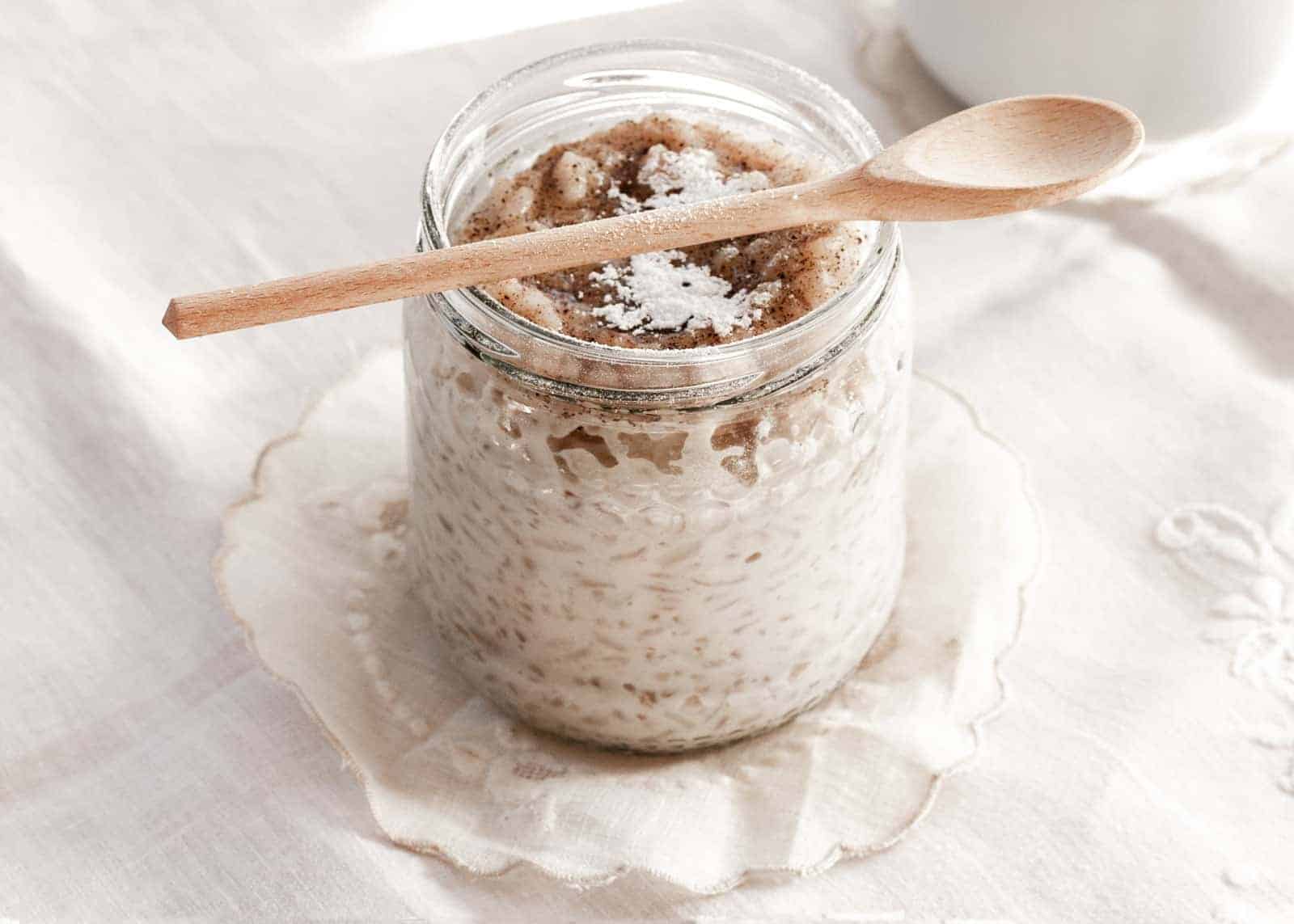 This combination of rice pudding and chestnuts will put a huge smile on your face.
Some say that rice pudding is a dish for children. In northern Italy, we could not disagree more. We believe that rice pudding doesn’t only warm our tummies, but also our hearts. And especially with some chestnuts! The perfect soul food for cold days.

Until the Middle Ages, rice was imported from Catalonia to Italy. A luxurious food destined for the rich. But during the Renaissance, the first landowners began to cultivate the noble grain in the Po Valley. This led to rice quickly becoming part of the daily food of the local population. The church encouraged the consumption of rice due to the belief that white food could purify both the soul and the body. And for this reason, the combination of rice and milk was especially popular.

Every year between May and the end of June, women from all over Italy set out for the Po Valley to harvest rice. Harvesting the stalks in the wet fields was hard and monotonous work that began in the early morning hours. It is said that the singing of the working women was heard even from great distances. Many fish, ducks, geese and other animals romped around in the canals and water areas which were fed by the Po. Just like the rice, they also found their way onto the plates of the common people.

As is the case with many simple dishes, everybody likes “their” rice pudding differently. In Valtellina in northern Lombardy, you will discover many hearty and sweet varieties. In this region, the rice is cooked in a half milk/half water mixture to create a thick soup, which is then served with small flour dumplings. Others love their rice pudding with fried onions and some even with bacon. On 23rd December, rice pudding is prepared with lard and cheese. Chestnuts in rice pudding are also typical for this region. All these dishes were popular there before rice came along: cooked with an old type of rye. 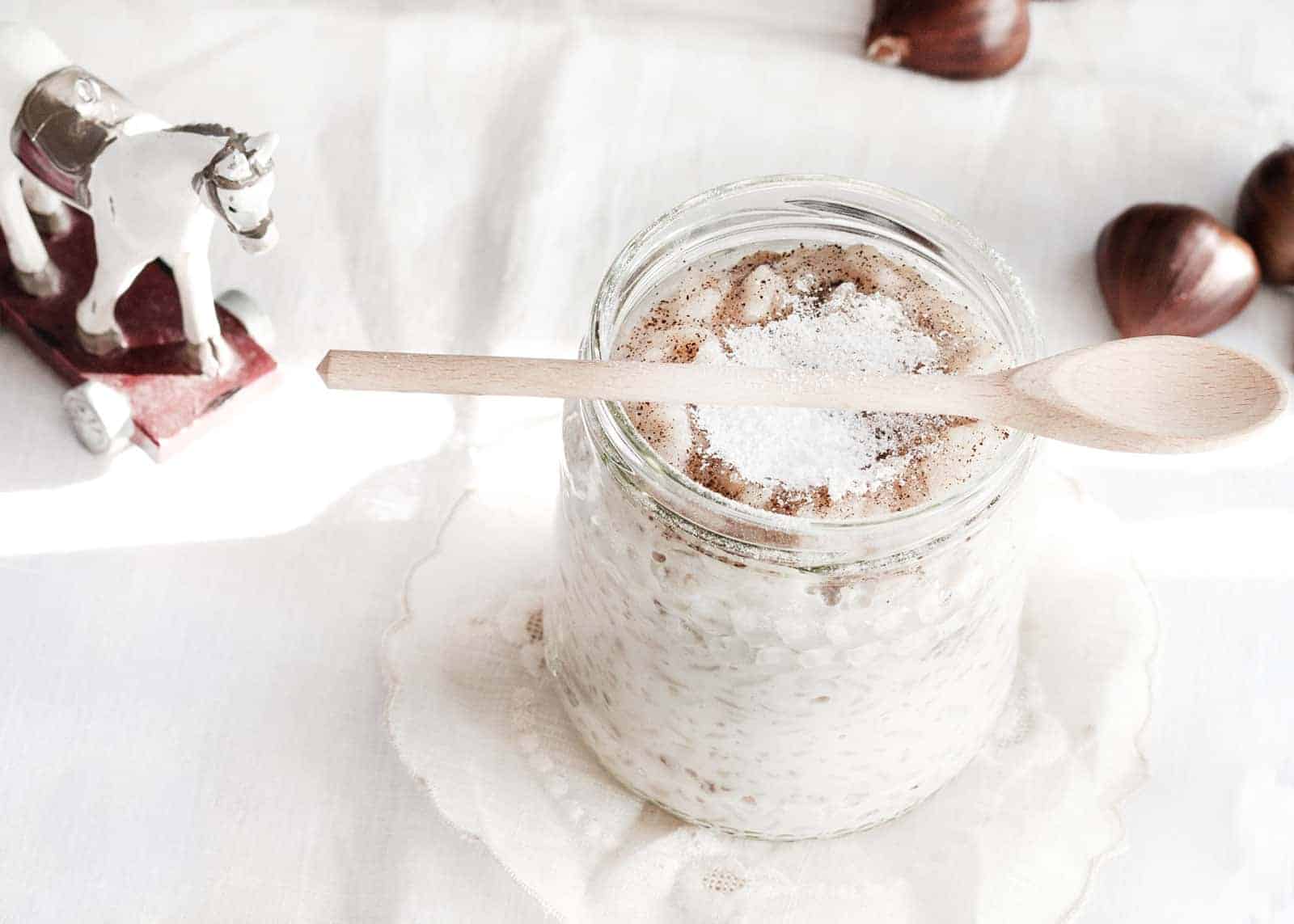 Soak dried chestnuts in milk overnight. If you can’t or don’t want to consume dairy products, you can also use oat or rice milk.