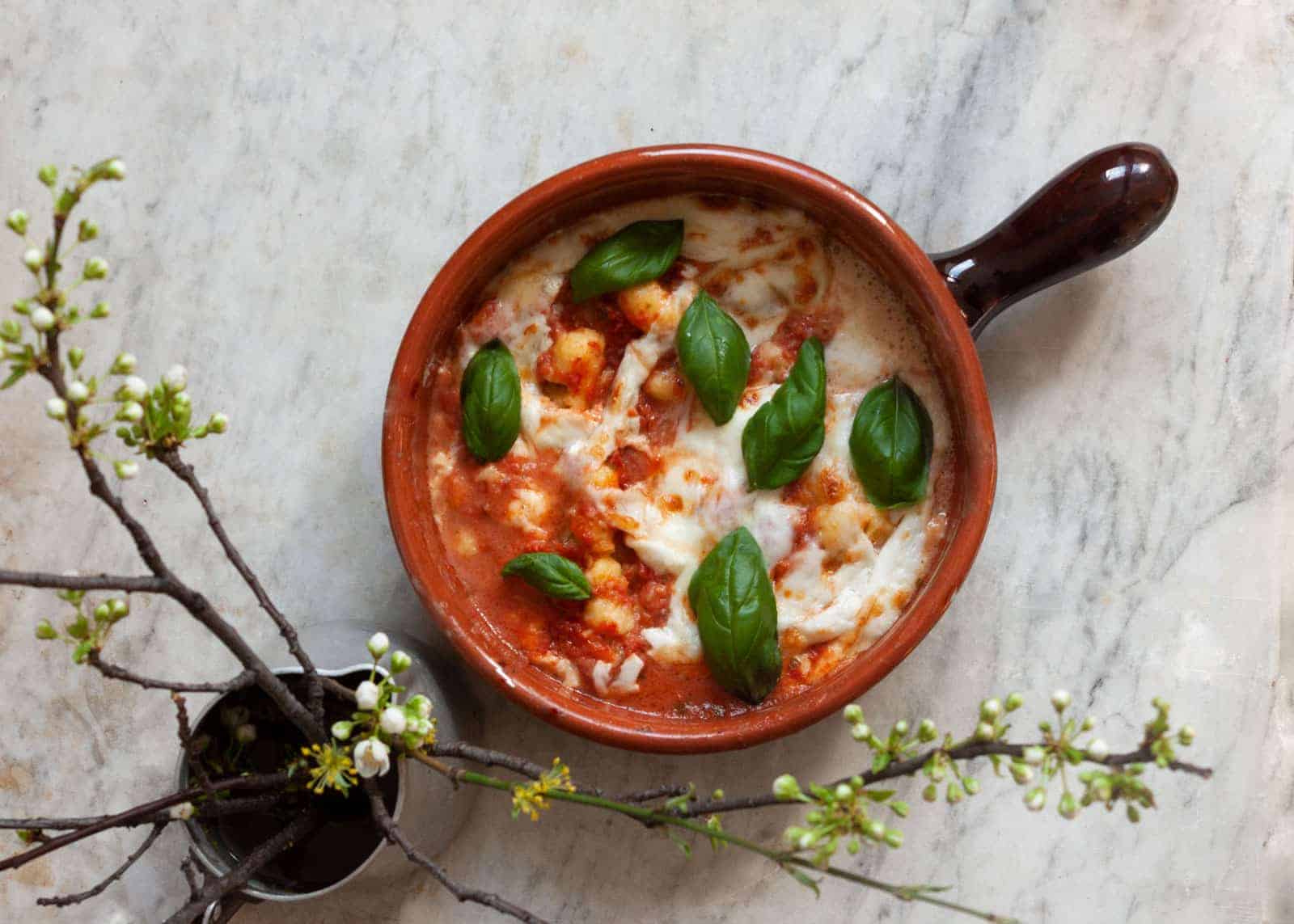 The Sorrento-style gnocchi au gratin are a classic from the Amalfi Coast and Campania. Besides the potato dumplings, the other leading roles are played by sun-ripened aubergines and tomatoes. The dish is traditionally served in a pignatiello, a small terracotta casserole.

Campanian cuisine loves intense flavours and aromas. More elaborate recipes, which in the past were intended for the nobility – such as timballo or gnocchi – meet simple dishes from the country kitchen. Pasta, fish, fruit and vegetables dominate the menu of this fertile region. The aromatic San Marzano tomatoes also come from Campania. Some dishes that are still popular today were already immortalised in the frescoes of Pompeii, which survived the eruption of Vesuvius in 79 AD. Grapes, for example, were then, as now, a must with salty foods.

Many different dishes are called strangulaprievete or strozzapreti in Italy, which literally means priest chokers. In Rome, the strozzapreti are a type of pasta. Legend has it that after Sunday mass, the women alternately invited the priest to their homes for lunch. The guest of honour also received the largest portion of the lunch. The men of the families often wished that the priests would choke on the big bites that they took and lose their desire to return. In Campania, gnocchi alla sorrentina are the regional strangulaprievete. An abbot is said to have been so hungry – and the gnocchi so good – that the greedy priest choked on them. So, as good as they are, enjoy your gnocchi slowly! 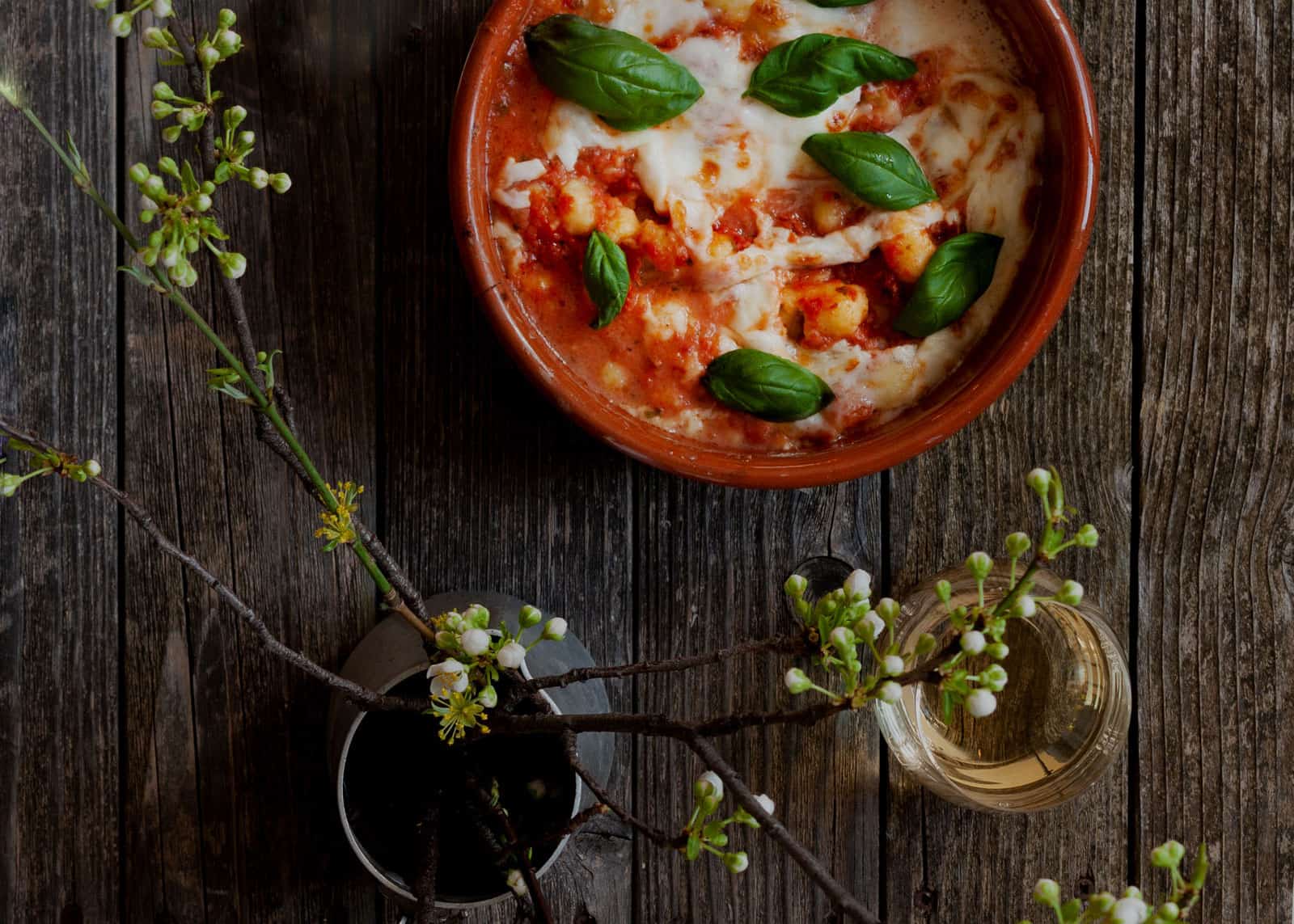