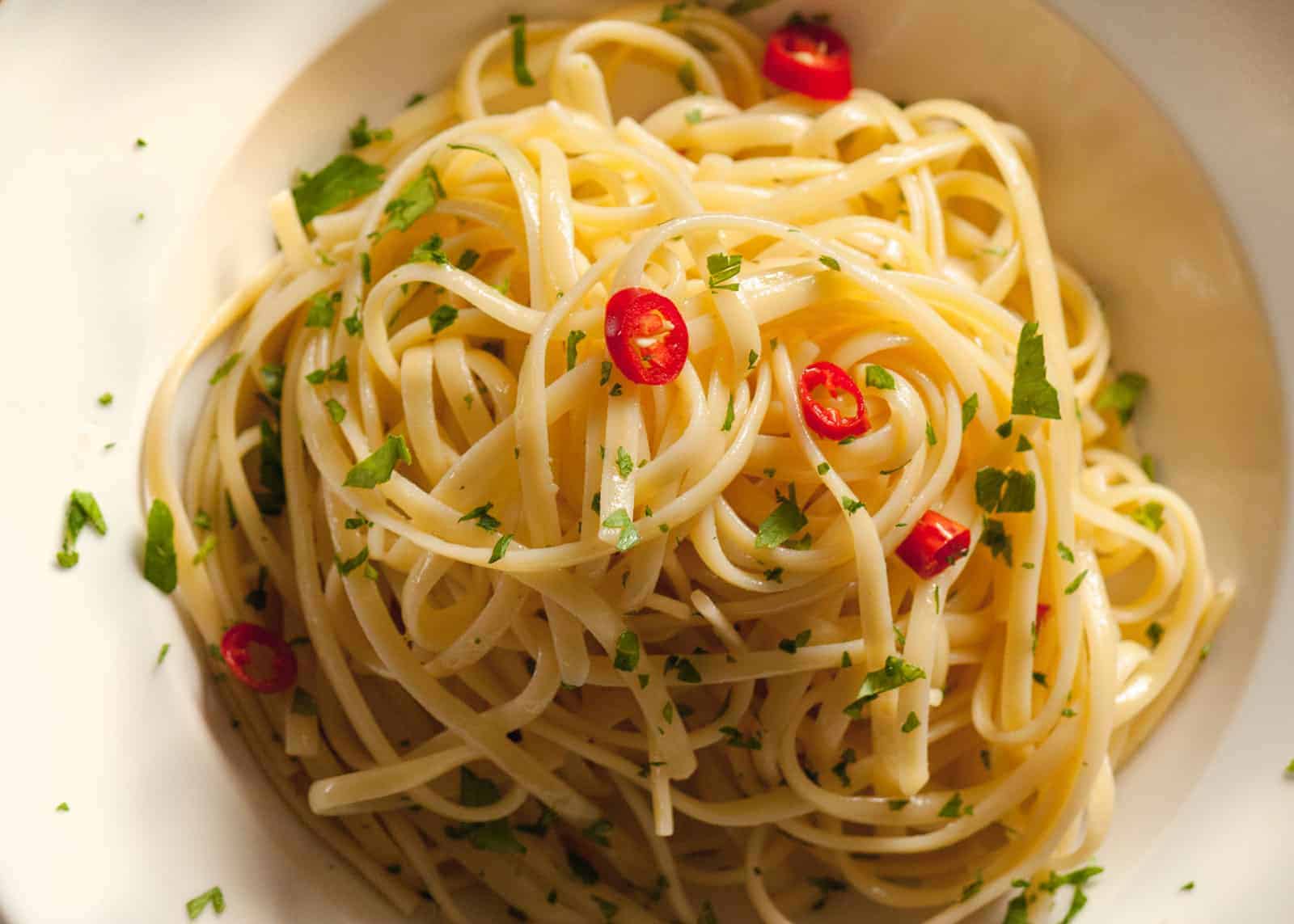 Take garlic, olive oil, pepperoni and one of the simplest, tastiest and most famous pasta dishes from Naples is ready. But did you know that, once upon a time many moons ago, this pasta led to the breakthrough of the fork?

With his instructions, the Roman poet Ovid dominated table etiquette at Italian banquets for a long time. He recommended holding solid food with the tips of the index, middle finger and thumb of the right hand and leading it to the mouth. In the summer of 1004, the Byzantine Princess Maria Argyropoulaina married the Doge (sometimes referred to as a Duke) Pietro Orseolo II, but the Princess refused to eat with her fingers at the wedding banquet, as this would make her dirty. Instead, she resorted to a utensil she had brought from her homeland: two elongated, pointed prongs on a narrow handle.

The piròn, as the first fork was called, found sympathizers at the Venetian court. But the Church knew how to slow its spread. The later canonized Peter Damiani, for example, called the table utensil a devilish invention. It was only Ferdinand IV, King of Naples from the House of Bourbon, who broke the spell in the 18th century. Pasta lovers particularly liked thin spaghetti – marinated in garlic and oil. These Vermicelli alla Borbonica, today known as Aglio Olio e Peperoncino, were virtually impossible to eat with one's fingers. Gennaro Spadaccini, the King's resourceful chamberlain, adapted the existing version of the fork to this type of spaghetti.

The basic rules of simplicity

Today, it is impossible to imagine our tables without four-pronged forks or Aglio Olio e Peperoncino. The taste of the pasta dish depends on the quality of the few ingredients. So be selective! Three types of pasta are allowed: vermicelli, linguine or spaghetti. It is also important not to let the garlic burn. There should be neither too much nor too little oil. Everyone must decide how spicy the dish is, but it should not overwhelm the flavour of the other ingredients, but rather enhance it.

In many regions of Italy the dish is served without parsley. Not so in Naples. Here the Aglio Olio e Peperoncino are a variation of Spaghetti alle Vongole, which are always prepared with parsley. For the same reason, the original Neapolitan recipe does not include cheese in the list of ingredients. This is because traditional Italian cuisine regards the combination of cheese and fish as sacrilege. Enjoy the Aglio Olio e Peperoncino but with Parmesan or Pecorino if you so desire. Cheese tends to dry out pasta, so just add an extra spoonful of the pasta water.