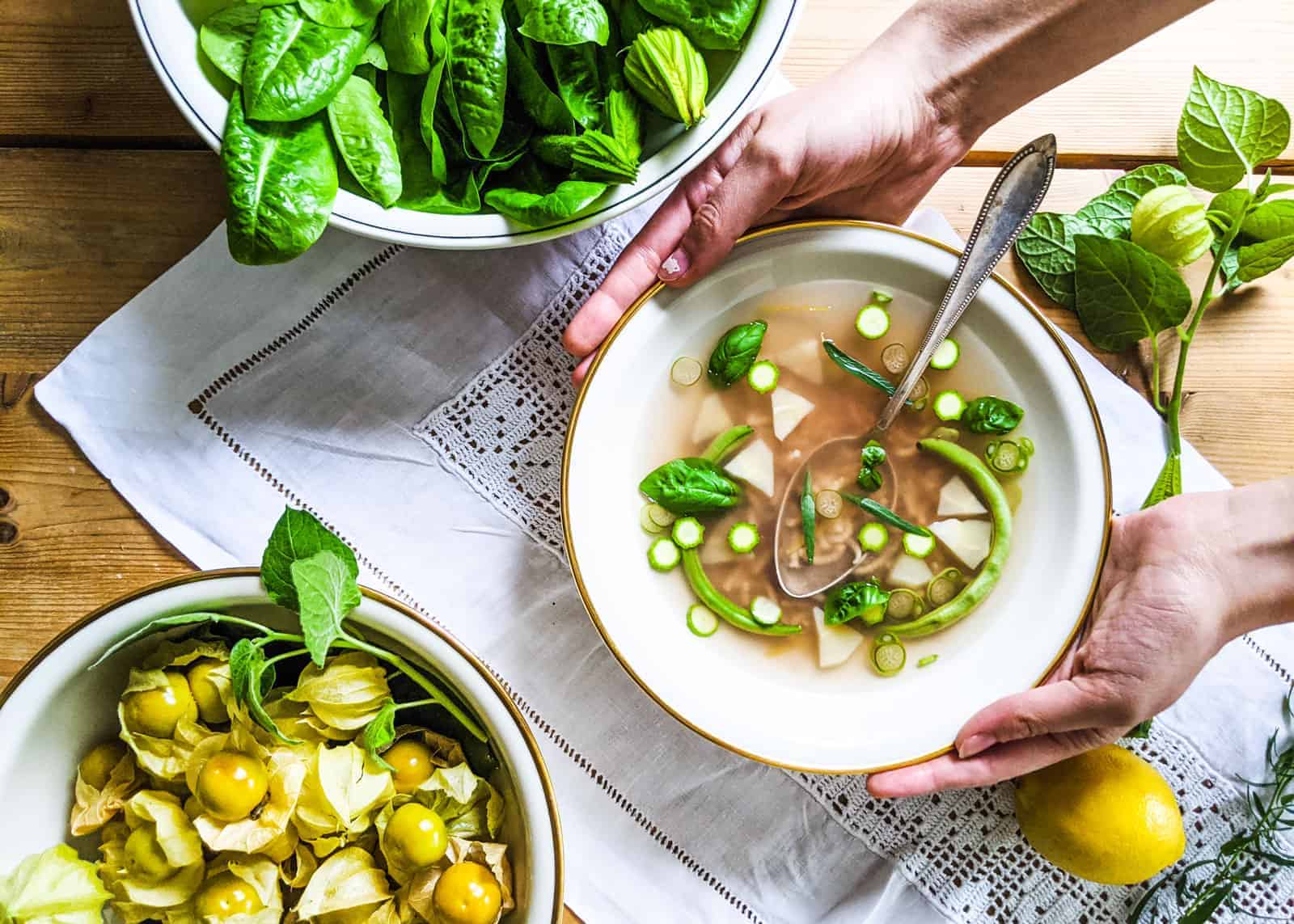 Grana cheese, eggs, breadcrumbs. These are the few ingredients you need to prepare passatelli pasta. Traditionally they are served in clear soup, but the specialty from Marche, Umbria and Emilia-Romagna also comes to the table as pasta asciutta, for example with seafood and tomato sugo.

Azdore, the wisdom of women

The origin of passatelli pasta is attributed to the azdore. This was the name given to the women of peasant families in the past. They not only took care of the household and the children, but also the fields, the garden and the sale of products at the market. The older, life-experienced azdore were not infrequently sources of important knowledge – be it in family, social, health or agricultural matters. They played a central role in their villages.

According to a legend, the son of an azdora returned home once again after years. For important visitors, it was customary to surprise the guest with cappelletti in brodo (stuffed pasta in soup). But what could be done when there was no flour in the house? The mother mixed what she had into a dough: eggs, Grana cheese and breadcrumbs.

And as was customary, the son, as the guest of honour, was given the largest portion of the passatelli pasta. The new dish was enjoyed by all and was cooked more and more often on special occasions.

In Romagna, where this pasta is called passadei, nutmeg is replaced with lemon zest, which gives the dish a special freshness. In Modena, instead of Grana cheese, they use the spicier Parmesan. Some recipes also add beef bone marrow to the list of ingredients. This makes the passatelli particularly succulent.