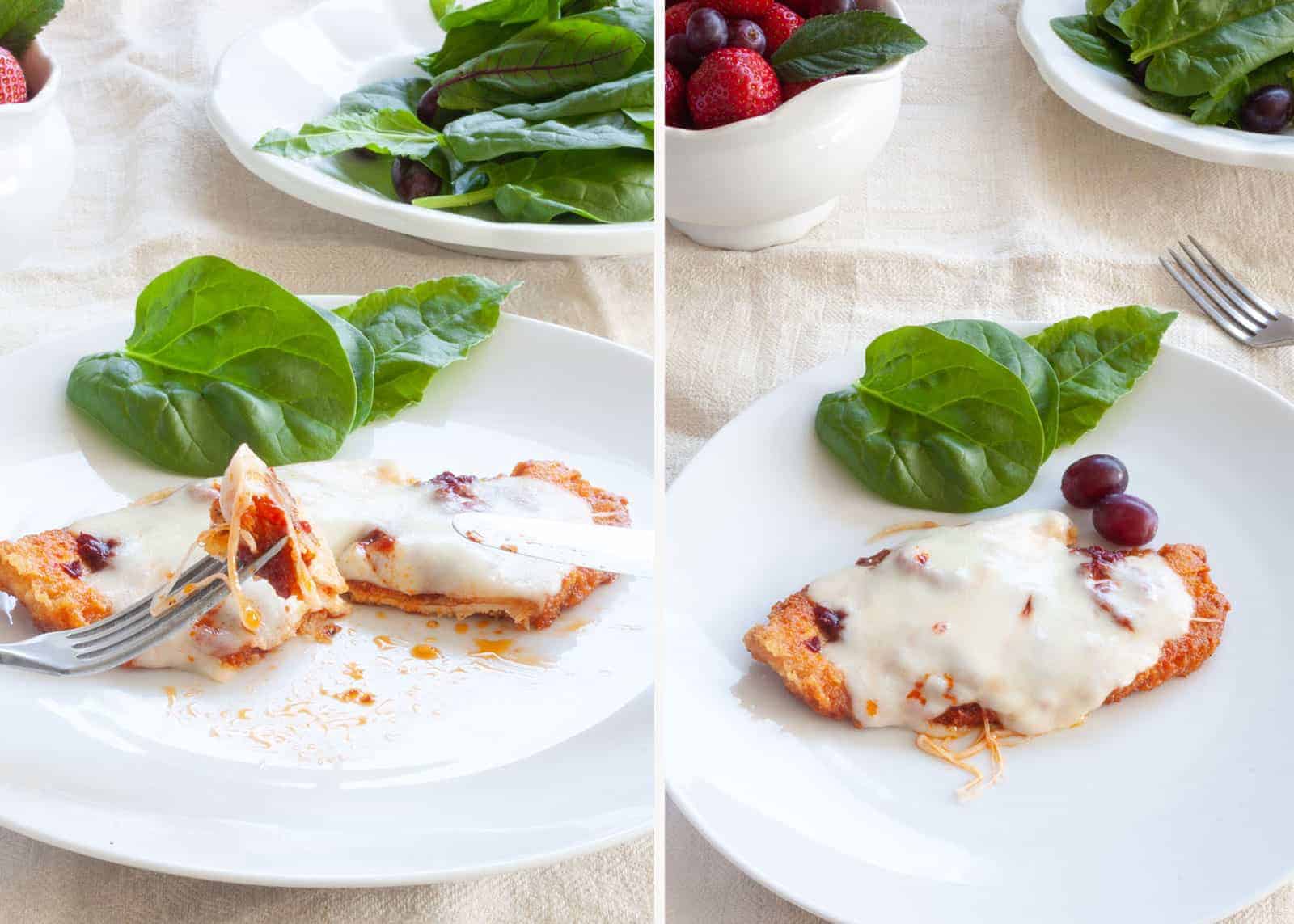 Northern Italy meets southern Italy in this secondo piatto dish. However, the oven baked chicken fillet in a Parmesan crust did not originate in Italy at all, but in New York. Italian immigrants brought their diverse cooking traditions with them. And many a new recipe travelled back to the former homeland.

The first emigration wave began after the unification of Italy in 1861. Hundreds of thousands of Italians, mostly from the poorer south, left their country in the decades that followed. Hopes for a better economic future took many to the Lower East Side of Manhattan. Sicilians, Neapolitans and families from Calabria, as well as Genoese, Milanese and other northern Italians, shaped the streets of "Little Italy" with their respective dialects, customs and special dishes. A walk through the neighbourhood was like a trip through Italy.

New York is considered a melting pot of nations and cultures. The cuisine in Little Italy was no exception. It was here that oven baked chicken fillet in a Parmesan crust was first served: influences from Milan – breaded cutlets – met the Neapolitan penchant for topping more than just pizza bread with tomato sauce and cheese. The recipe was a hit. Soon, it was being used to top sandwiches or hearty pies outside of Little Italy. And Italian restaurants began organising competitions for the perfect Parmesan-crusted chicken fillet.