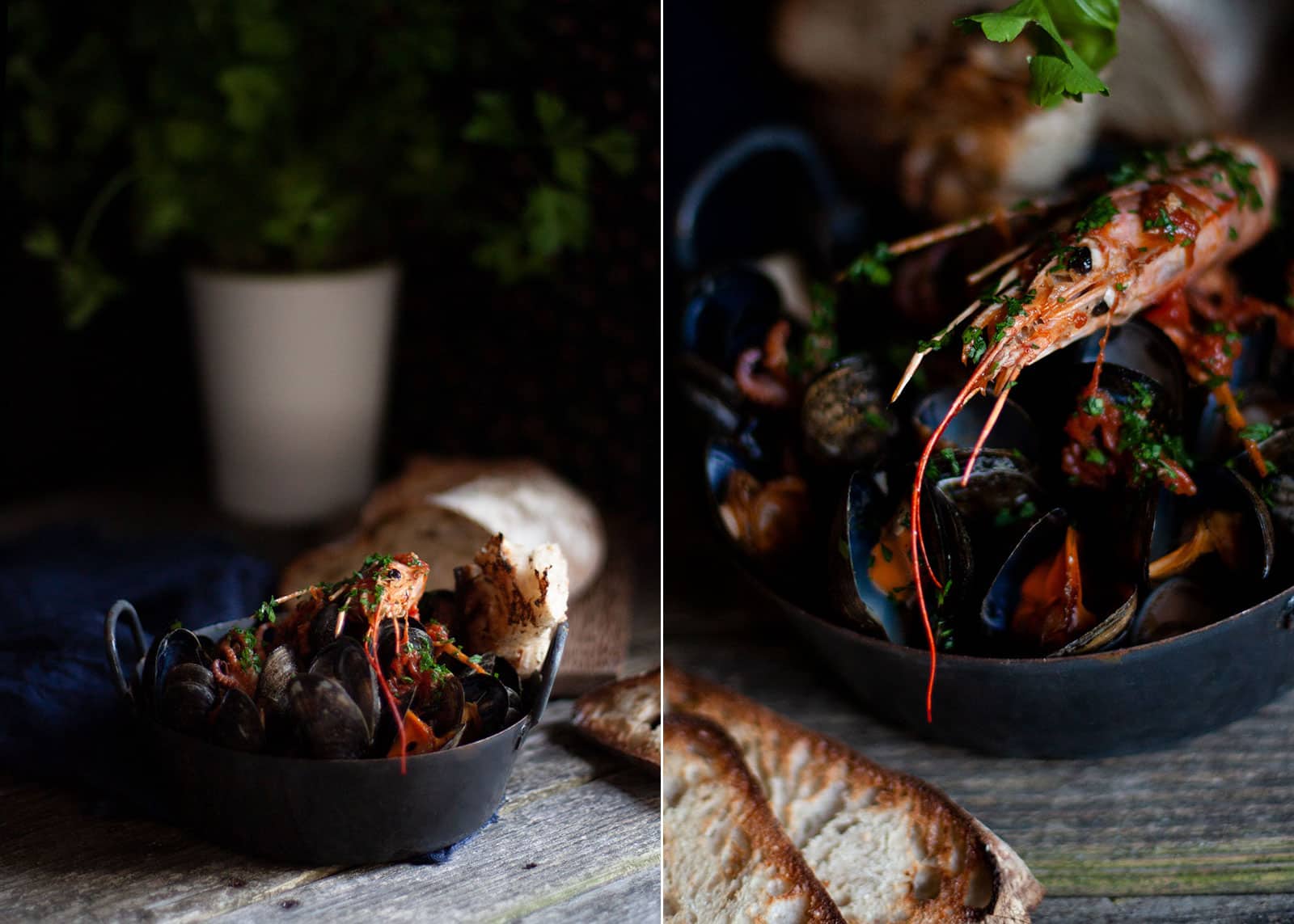 The people of Naples love fish and seafood in all variations. Especially in the cooler seasons also mussels have high season. For example as mussel soup, a culinary classic with a royal history.

The tricks of the Kings

Already Ferdinand I of Bourbon, King of Naples since 1751, loved mussels.  In order not to have to do without this favourite dish even during Lent, he resorted to a trick: soups were considered a Lenten meal. So he ordered his cooks to prepare a mussel soup. This was also served before the religious obligations – virtually passing the strict eye of the popular Dominican Father Gregorio Maria Rocco. But at court nothing remains a secret for long. Soon other nobles copied the trick and ate their zuppa di cozze, preferably on Holy Thursday.

In Naples, mussel soup is traditionally prepared with tomatoes. But you can also find white varieties, the zuppa di cozze in bianco. “Mangiare in bianco” in Italy refers to a mild, easily digestible food, for example for sick people or for those on a diet. This makes the soup version with paprika, the zuppa ‘e cozzeche cu ‘o rrusso, all the more hearty. The peppers are first cooked in the oven, then pureed and dried again in the oven. If there is a spicy pod, this paste becomes quite hot. Some chili in a classic mussel soup also goes great with the seafood. 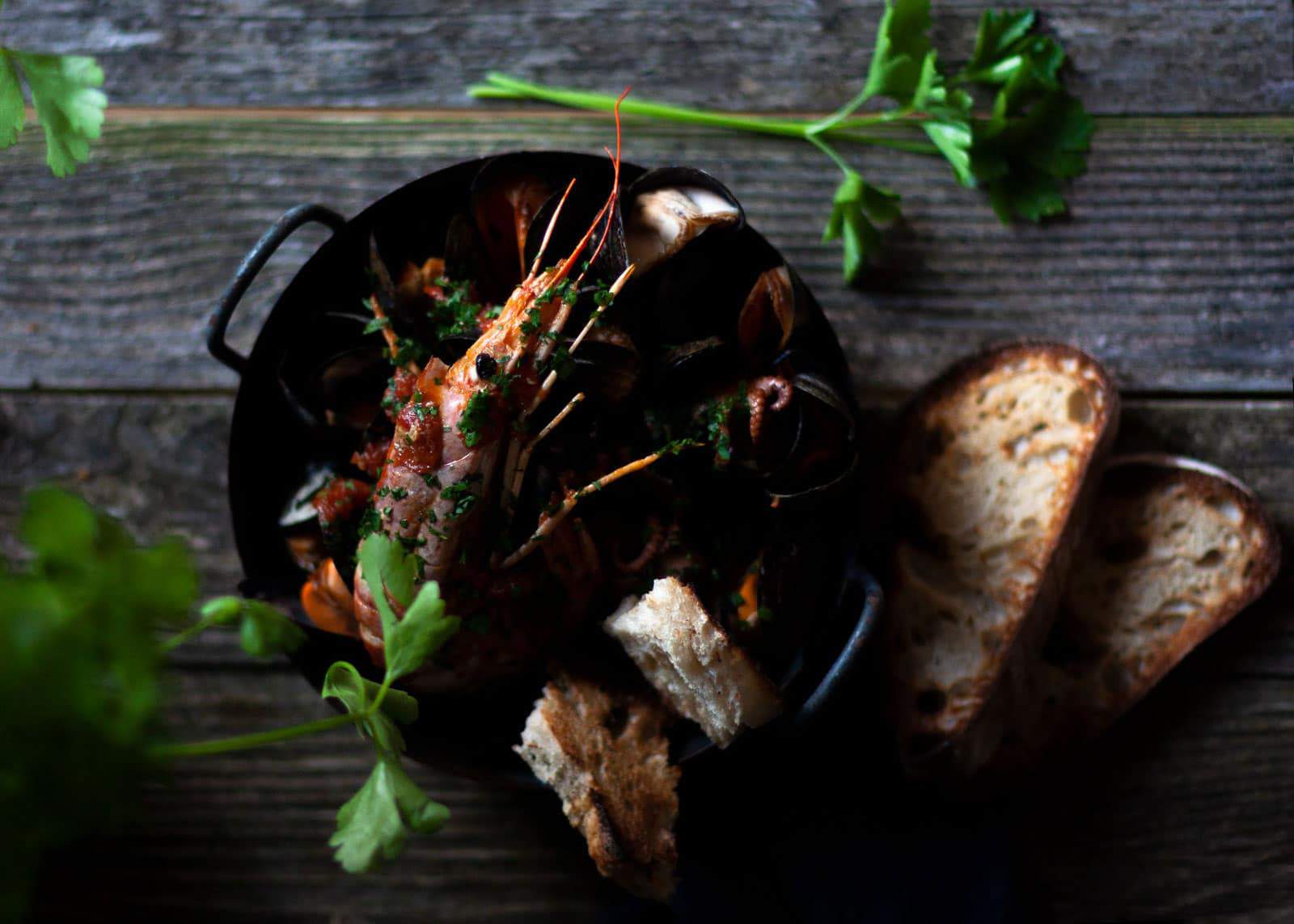 The people of Naples love fishand seafood in all variations. Especially in the cooler seasons also musselshave high season. For example as mussel soup, a culinary classic with a royalhistory.

In the Neapolitan recipe, the toasted bread is first placed in deep plates. Then the mussels, an octopus and a prawn are placed on top. Finally the soup is poured over them.

According to an old saying in Italy, if you go to Lucca and don’t try buccellato, this sweet Tuscan cake, you haven't been to Lucca at all. In

As fluffy and light as the clouds in the summer sky and as sweet as love. It is no wonder that the “heaven cake” from Lombardy has a reputation as

A crispy base, a heart of lemon cream and to top it off, crunchy pine nuts. “Granny cake” is what they call this delicacy in Italy. It is a

This autumnal dessert is loved in northern Italy as much as in Switzerland and France: sweet chestnut puree with a dollop of whipped cream on top.

Sweet seduction in Italian. A soft heart of chocolate, crunchy hazelnuts and a touch of orange. This simple chocolate cake seduces with its intense

As white as cream, as red as raspberries and as black as chocolate! But the colourful “Snow White Cake” is not only a feast for the eyes. Because

Garganelli are the typical, ridged tubular pasta from Emilia Romagna, prepared with chicken breast ragout. They harmonise perfectly with strong meat and bacon sauces. They were invented – like many

Homemade Garganelli are the typical, ridged tubular pasta from Emilia Romagna. They harmonise perfectly with strong meat and bacon sauces. They were invented – like many other culinary treasures – as

It's still cold outside. A light soup of fresh vegetables and herbs will warm both your heart and your stomach. The basic recipe for the vegetable soup unites not only the culinary diversity of Italy

One of my favourite recipes comes from the former entertainment district of Naples: pasta allo scarpariello with sun-ripened tomatoes, chili, basil and lots of cheese. Italian joie de vivre on a

If you would like to surprise your family or guests with a very special pasta dish, I would highly recommend this recipe from Abruzzo: homemade spaghetti with spicy pesto and chilli sheep ricotta from

Their bright orange colour is a sight for sore eyes. And at the very latest, when the delicate pumpkin gnocchi melt in your mouth on spicy sage butter, you will be more than happy that it is