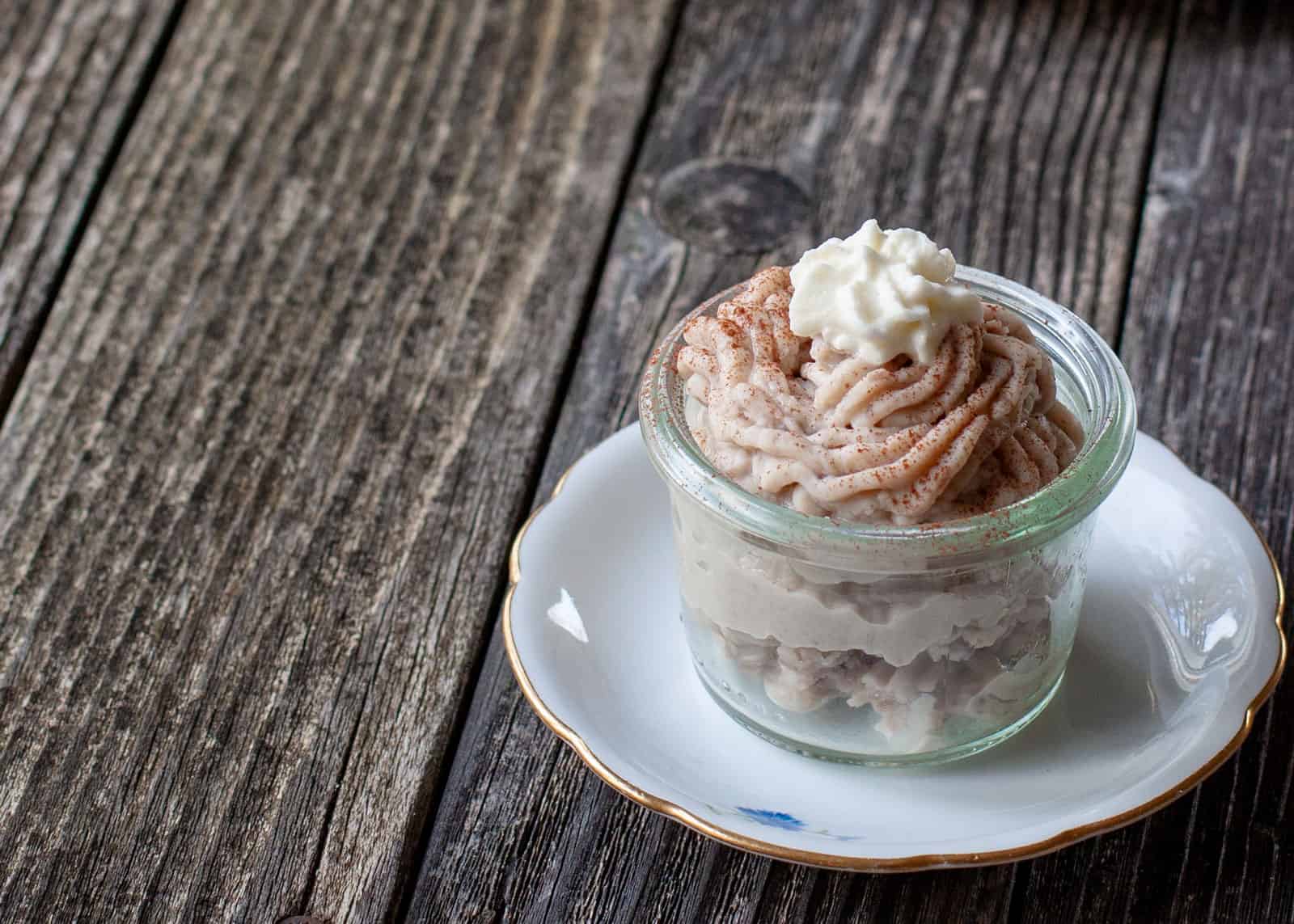 This autumnal dessert is loved in northern Italy as much as in Switzerland and France: sweet chestnut puree with a dollop of whipped cream on top. Majestic like the real Mont Blanc. And incredibly delicious

The dessert of the poor

In Italy, you are sure to find Montebianco served in the Aosta Valley as well as in Piedmont and Lombardy. Everywhere where sweet chestnuts thrive. This delicious dessert can be traced back to the 17th century. In those days, only the rich could afford the luxury of a dessert. Most people in the barren mountain regions hardly had enough to eat anyway. But the nutritious chestnuts often helped the poor population survive times of famine. And on festive and special occasions, a dessert was even served. It is said that the “mountain” of chestnut puree was first served in the area around Mont Blanc.

The original recipe is very simple. The roasted chestnuts are cooked with milk and sugar to a soft cream and refined with whipped cream and cocoa. Traditionally, Montebianco is served on a serving plate and placed in the middle of the table as in the old days. Everyone is given a spoon and can help themselves. Of course you can also make individual portions. Not only the presentation, but also the recipe is flexible. So vegans can use almond milk and vegetarian whipped cream. Some also replace the cocoa with Matcha tea powder, which gives Montebianco a Far Eastern touch. 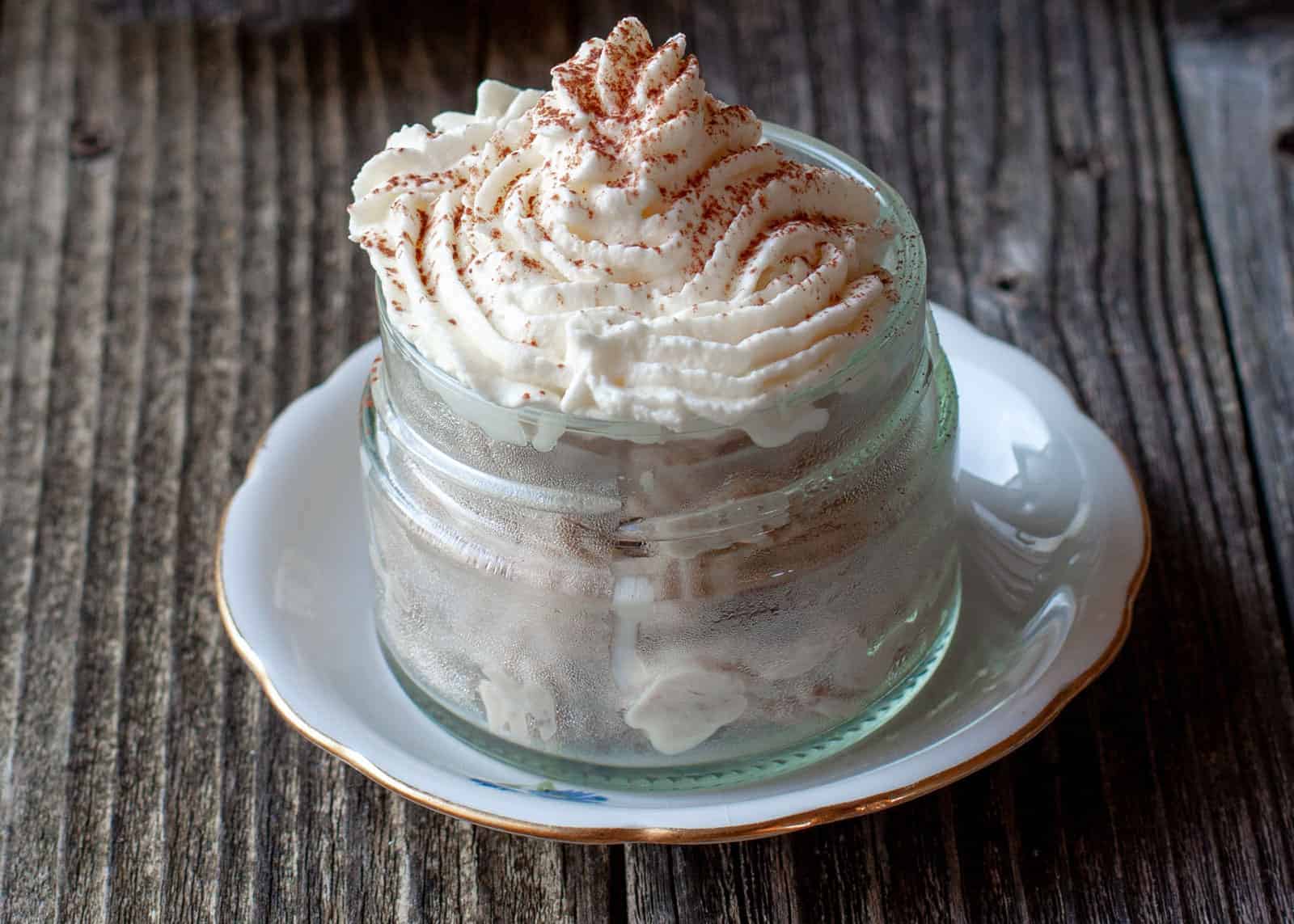 As an alternative to fresh chestnuts, you can use 200 g chestnut flour or pre-cooked chestnuts, which saves a lot of time. If you are a chocolate lover, you can stir around 20 g of unsweetened cocoa powder or dark chocolate pieces into the chestnut cream.

In Piedmont, these corn biscuits are very popular with espresso, and even more so in combination with a good, sweet wine. The secret of Paste di

I will warn you know - this dessert is highly addictive! This is probably because it combines slightly bitter dark chocolate with candied orange. Or

According to an old saying in Italy, if you go to Lucca and don’t try buccellato, this sweet Tuscan cake, you haven't been to Lucca at all. In

As fluffy and light as the clouds in the summer sky and as sweet as love. It is no wonder that the “heaven cake” from Lombardy has a reputation as

A crispy base, a heart of lemon cream and to top it off, crunchy pine nuts. “Granny cake” is what they call this delicacy in Italy. It is a

Sweet seduction in Italian. A soft heart of chocolate, crunchy hazelnuts and a touch of orange. This simple chocolate cake seduces with its intense

In Piedmont, these corn biscuits are very popular with espresso, and even more so in combination with a good, sweet wine. The secret of Paste di Meliga: cornmeal. These fine corn biscuits that were

I will warn you know - this dessert is highly addictive! This is probably because it combines slightly bitter dark chocolate with candied orange. Or is it because of its soft and creamy

When my grandmother Nina's enamelled roaster simmered half covered on the wood-fired kitchen stove, we knew that we would soon be enjoying a delicious meal. Grandma Nina’s braised chicken with

Learn how to make homemade pasta and most of all how to make it vegan. PASTA IS NOT JUST PASTA As is widely known, it was the early commercial traveller Marco Polo who brought pasta home

Good things rarely come alone: the "gold of the forest", chanterelles, grow in small groups on mossy soil. The basket is quickly filled. On your way home, you can start thinking about how to prepare