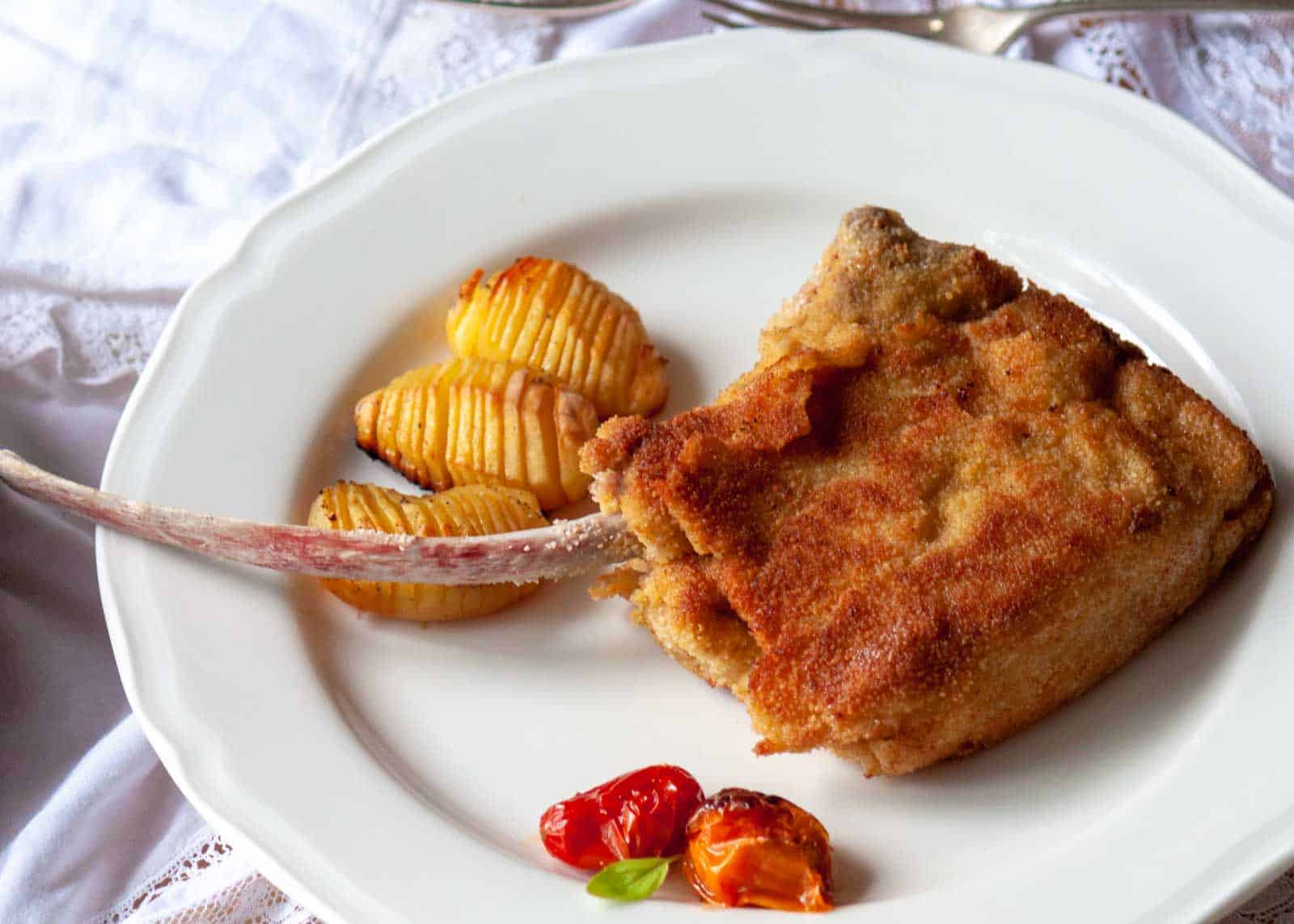 Milanese cutlet. And a few speculations on the Wiener Schnitzel

Take a veal cutlet, a breading of egg and white bread crumbs and butter for frying. And the result is a succulent, classic Cotoletta alla Milanese - a recipe that has been associated with the city of Milan for 800 years.

But the question is: Is the Milanese cutlet the predecessor of the Wiener Schnitzel? According to a story, Field Marshal Radetzky brought the cutlet recipe to Vienna in 1857 and handed it over to the imperial court. (Culinary) historians have their doubts about this. The dish may once have been known far earlier north of the Alps. In addition, the Viennese cuisine had long been familiar with a number of breaded, fried dishes. And this means that the origin of the Viennese Schnitzel is still open to speculation.

Meanwhile, in Italy, the Milanese cutlet has been imitated. In recent decades, restaurants have been offering not only the original but also a kind of show version of the Italian classic. For this, the meat is pounded very thinly until it becomes (almost) as big as elephant ears - we Italians do like to exaggerate! Orecchie di Elefante consist of two connected chops, and the bones look like tusks.

And a little Madonna

Ideally, the meat of the original Milanese cutlet is as thick as the rib bone. The bone adds flavour. The breading keeps the veal succulent. The Milanese, however, claim that for a really successful cutlet, you have to sing "Oh mia bela Madunina", the unofficial anthem of the city of Milan, while preparing it. The last time I prepared them, my chops turned out wonderfully tender even without singing!

In the Sicilian version, 1 tablespoon of fresh, chopped rosemary is added to the whisked egg. In addition, 4 peeled, slightly pressed cloves of garlic are fried in the butter-oil mixture. Don't let it get too brown, otherwise it will become bitter. If you love crispy breadcrumbs, simply double the process: to do this, turn the meat in the breadcrumbs, the eggs and again in the breadcrumbs. Then again in the egg and breadcrumbs. Increase the amount of ingredients accordingly.