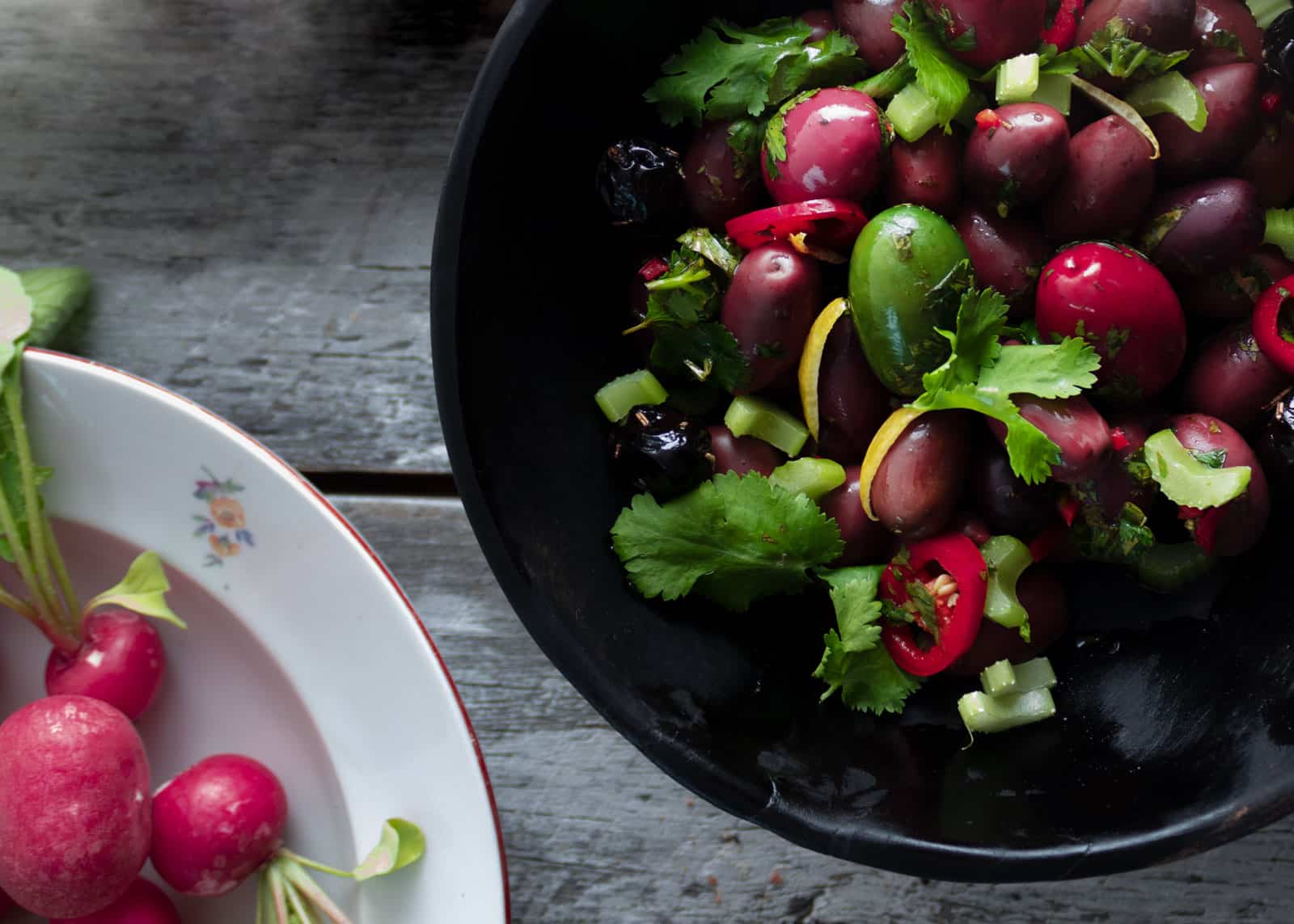 As antipasti, as a snack if you are feeling a little hungry between meals or as an aromatic side dish – you will never go wrong with marinated olives. Insider tip: even ordinary olives from a jar will taste wonderful in this recipe from Sicily.

Sicily and its olive trees

The olive tree came to Italy from the eastern Mediterranean. Sicily, the “granary” of the Roman Empire, soon became a centre of oil production. With the new reign of the Spaniards and Arabs, however, many of the gnarled olive trees disappeared from the island. However, from the 11th century onwards, Norman and later above all Bourbon kings ensured a new intensity of cultivation. To this day, olive trees are not only part of the landscape, but an essential part of the local culture.

Marinated olives are known as alivi cunzati in the Sicilian dialect. In the past, they were a typical meal during the harvest season. Every year between September and November, the ripe olives kept whole families busy, including relatives and friends who helped with the harvest. At that time, you could find olive trees in almost every garden. The fruits were and still are mainly processed into oil. Only a small part – mostly the unripe fruit, the so-called drupe – was pickled and marinated.

Today, the preparation of marinated olives is easy, since we use olives that have already been pickled. This was not the case in the past. First the olives were washed and pitted with the help of a meat tenderiser. This required stamina and experience. If you hit too hard, you would crush the olives. Those who were too gentle did not get the pits out. Depending on their size, the olives then lay in flavoured water, which was changed three times a day, for five to ten days. When the water became oily and the olives tasted slightly sweet, it was time to dry and marinate them. 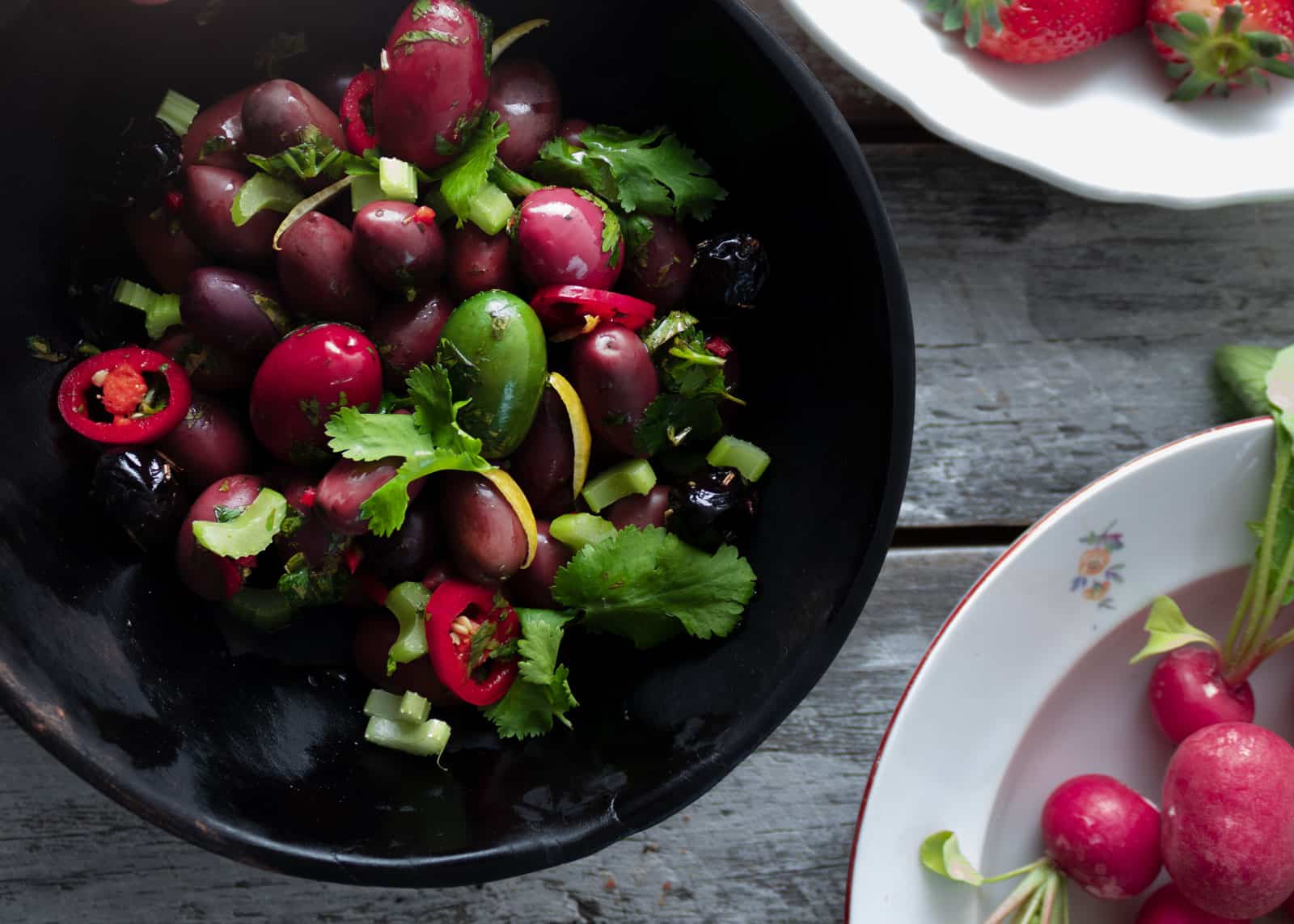 As children, we did not like celery. And because of this, my mama marinated the olives with chopped fresh parsley (or coriander), chilli, garlic, lemon and olive oil.

If at all necessary, always salt the olives just before serving. Salt extracts liquid and the olives could, otherwise, become “rubbery”.