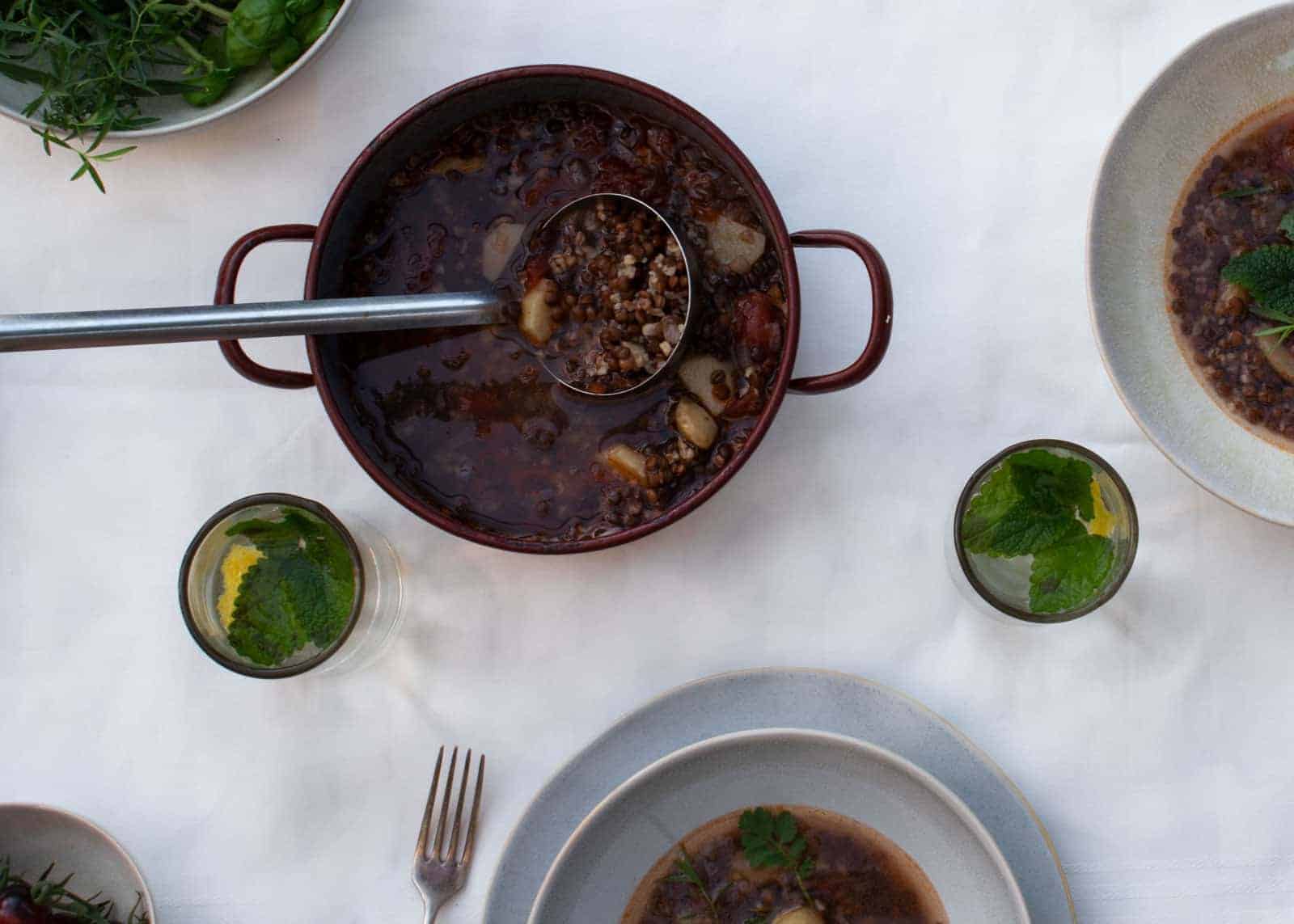 Such a creamy soup with chestnuts and lentils will not only warm your stomach and your soul. In Italy we also firmly believe that it brings us luck. Especially if it's made with the right lentils

The meat of the poor

The recipe for this chestnut and lentil soup originates from the province of Chieti in Abruzzo. However, similar soups have a tradition in the mountainous regions as far down as Basilicata. Here in the Apennines, many lentils are cultivated. Some varieties even at over 1,500 m above sea level. Others thrive well on the volcanic islands, for example on the Sicilian coast. The small pulses are low in fat as well as being rich in protein, phosphorus, iron and vitamin B. And they are not expensive. No wonder they were called "the meat of the poor" for such a long time.

Lentils are preferably grown organically in Italy. Until a few decades ago, they were still harvested traditionally. Donkeys pulled coarse stones over the plants to loosen the fruit from the pods. The wind and children did the rest. Nowadays a threshing machine is used. Most Italian lentil varieties are small and this means that you only have to soak them for a short time or not at all. Sicilian lentils from Leonforte are famous: black and rich in minerals like the volcanic soil on which they grow. Perhaps the most exclusive and most tender types come from the area around Norcia in Umbria.

We Italians simply love lentils because they are tasty and can be used in so many ways in the kitchen. And because we associate them with wealth, health and happiness. This may explain why we serve green lentils from Altamura in Apulia on New Year's Eve. It is even said that the lentils from Onano in Lazio help people to cope with their worries: when Pope Pius IX refused to sleep or eat in 1870 because the troops of the young Kingdom of Italy finally conquered and dissolved the Papal States, apparently some lentil soup was the only thing that could console him. 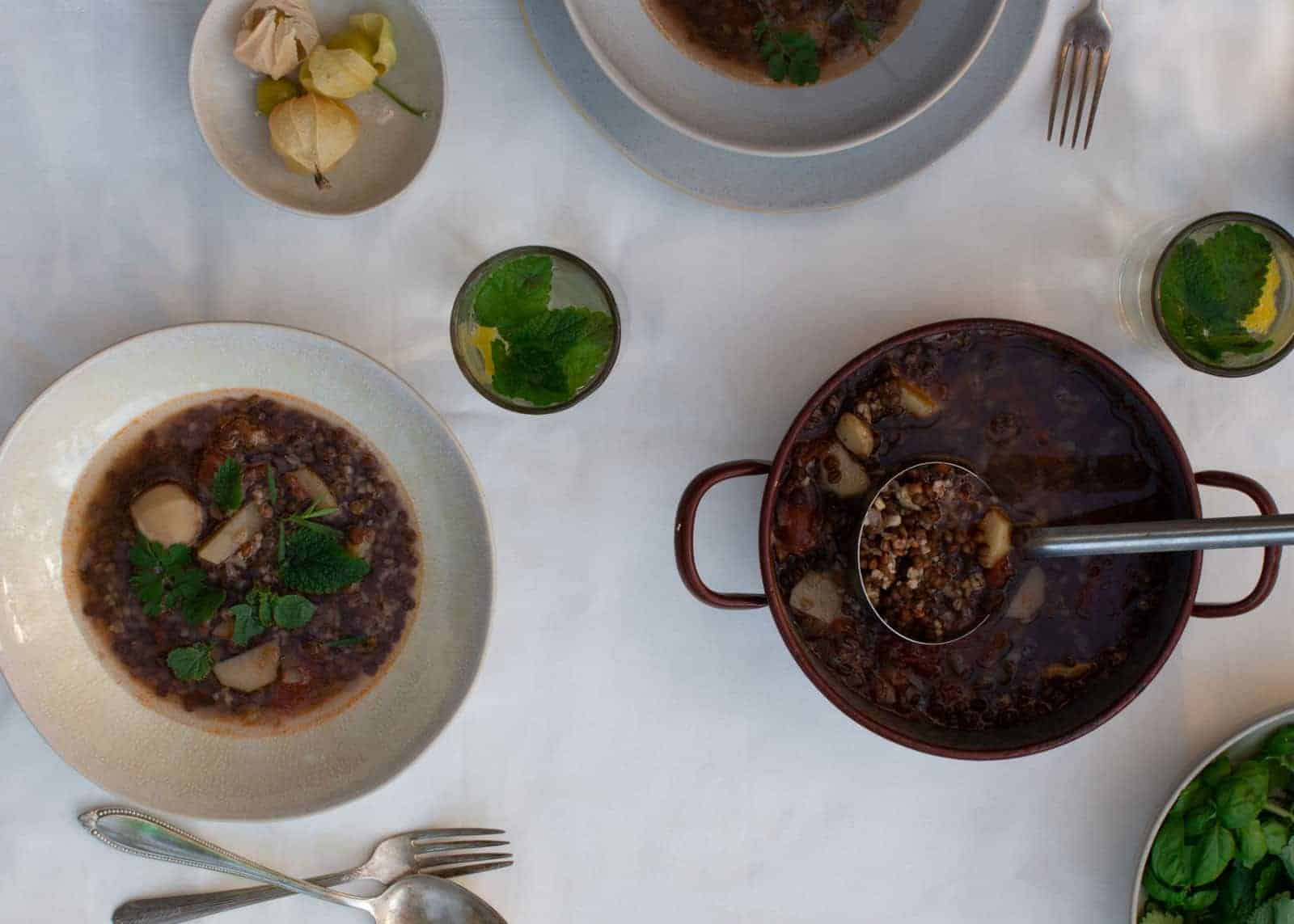 Such a creamy soup with chestnuts and lentils will not only warm your stomach and your soul. In Italy we also firmly believe that it brings us luck.Especially if it's made with the right lentils.
5 from all votes. Click on stars to vote.
Prep Time 10 mins
Cook Time 20 mins
Total Time 30 mins
Course Main Course, main dish, Soup
Cuisine Abruzzo, Italian, Italy
Servings 4 serves
Calories 384 kcal