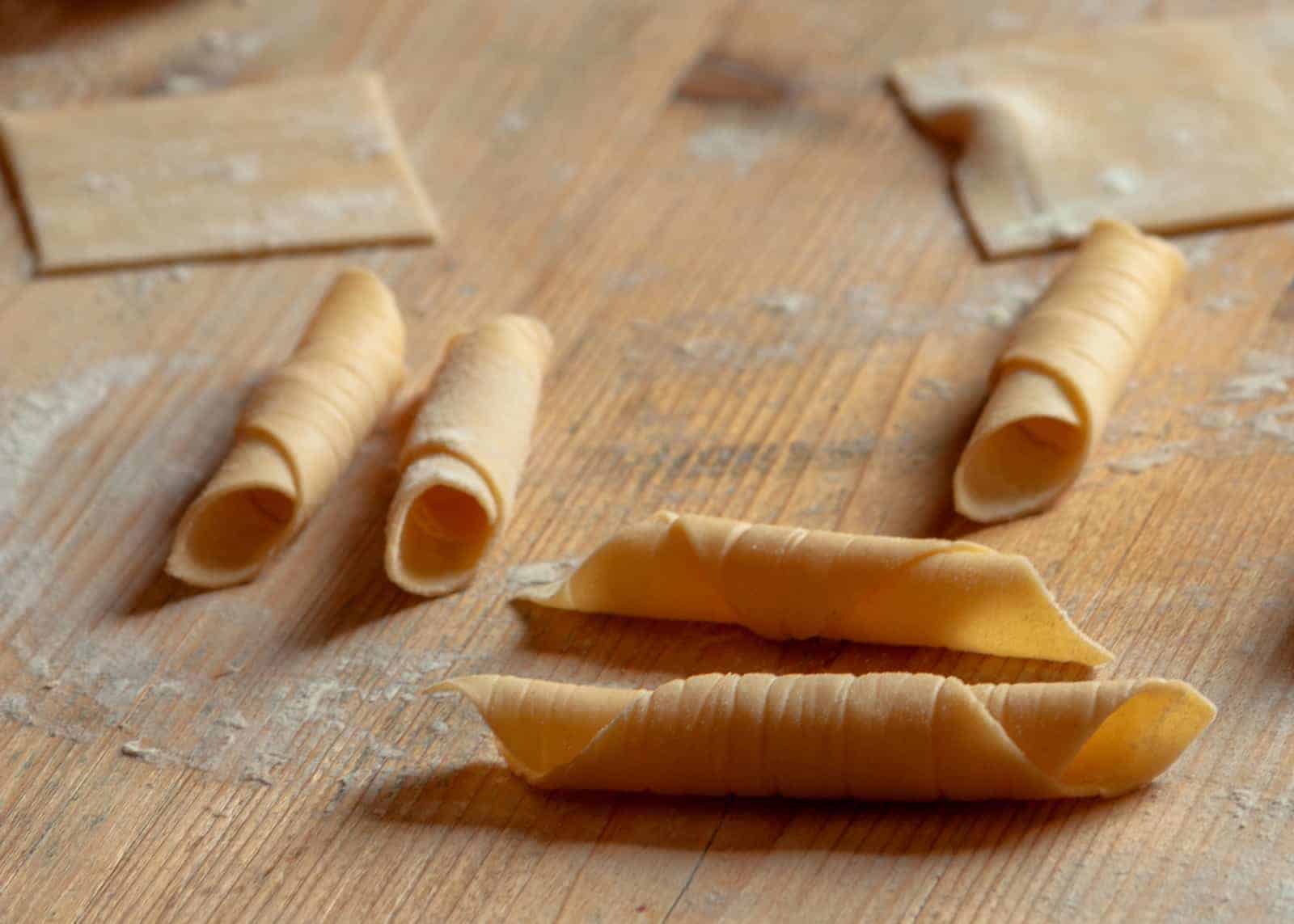 Homemade Garganelli are the typical, ridged tubular pasta from Emilia Romagna. They harmonise perfectly with strong meat and bacon sauces. They were invented – like many other culinary treasures – as a result of an accident in the kitchen.

The cook, her cat and the pasta

A celestial kingdom for stuffed noodles

Let us go back in time to northern Italy at the beginning of the 18th century, where, according to legend, Cardinal Cornelio Bentivoglio lived. He not only loved to eat pasta, but he also liked to show off his wealth and power – even from the kitchen in his court. Common people could not afford pasta ripiena (an umbrella term for dishes, which are prepared with different fillings) such as cappelletti, tortellini or anolini. At the Cardinal’s court, they were freshly prepared and served each day by the Cardinal’s experienced pasta cook, an arzdora.

How tubed pasta saved the day

One morning, a noise distracted the arzdora in the yard. While she was looking out, the cat, which was actually responsible for catching mice in the pantry, ate half the meat filling for the cappelletti – which caused a great shock. On this day, there were only a handful of stuffed cappelletti. From the rest of the dough squares, the cook rolled small tubes and made ridges in them crosswise. Fortunately, the cardinal loved the pasta, which, due to the ridges, absorbed the sauce much better than smooth pasta.

Homemade garganelli were named after a word in the Romagna dialect: the garganel. This is the chicken's oesophagus, which is reminiscent of the shape of the pasta. The garganelli were cheaper to prepare than pasta ripiena and soon found their place in the kitchen of Emilia Romagna. Garganelli or maccheroni (al pettine) were, in the past, only available fresh and as egg pasta.

Today, you can find them in the supermarket, also made from durum wheat and water. You should definitely try garganelli with a sauce of courgette, saffron and bacon. You can find them prepared with salsiccia (a spicy sausage) or with chicken breast ragout. 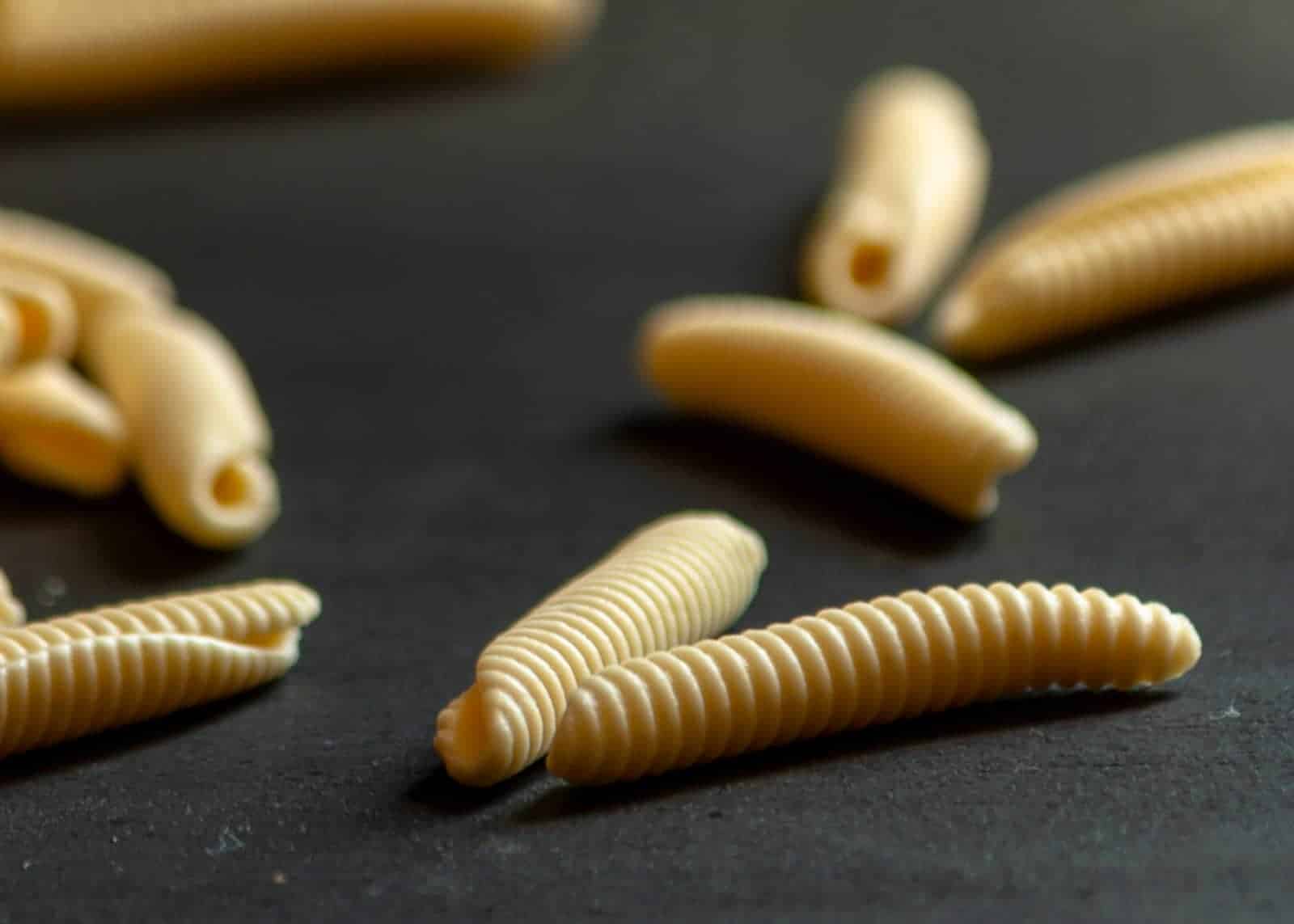