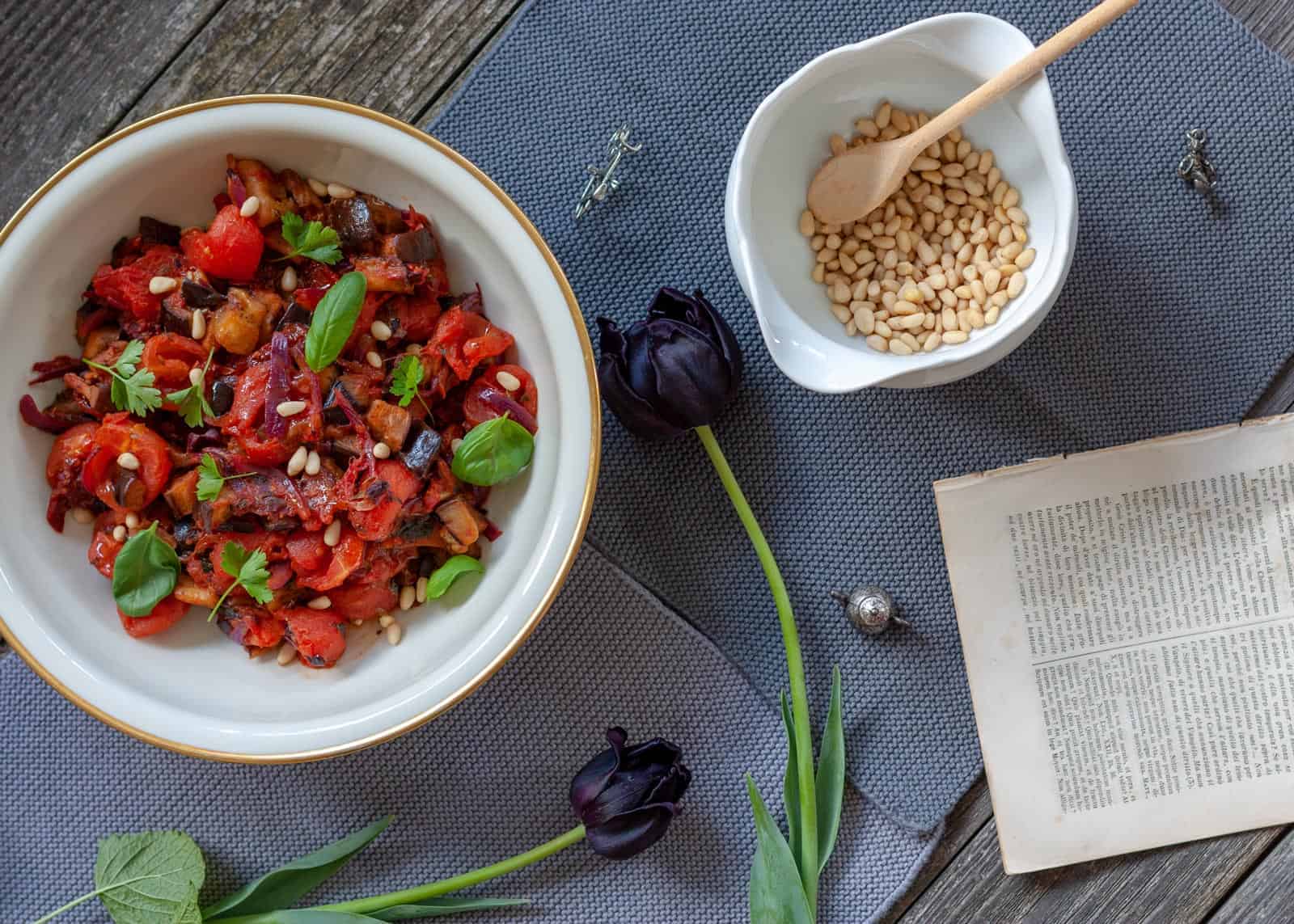 Sun-ripened tomatoes, sweet onions, capers, olives and - in the leading role - fresh aubergines: for many Sicilians, caponata is a piece of home and a delicacy that is sure to send everyone rushing to the table.

Of taverns, gurnards and capons

Where does the name caponata come from? One legend mentions the taverns, which were called cauponae in Latin, as the origin. Here men met, ate some bread with garlic, olives, capers or anchovies with wine, later also small warm dishes. One such dish is reminiscent of caponata. Another story connects caponata with capone, the old Italian name for gurnard. The fish used in a stew was then replaced by aubergines in poorer households. Caponata is even sometimes associated with the traditional Ligurian Lenten dish, cappon magro ("lean capon"), which is a kind of layered salad made from lots of vegetables and fish. This could explain the pine nuts that can be found in some recipes.

Caponata is one of the mainstays of Sicilian cuisine and it has even been said to alleviate the homesickness felt by emigrant Sicilians. The dish was already exported from Palermo to the USA a good 100 years ago. But it should be noted that the caponata does not exist. As so often, every region has its own special version. Among the 37 recipes, there are some with bitter cocoa, with almonds, pistachios, pine nuts, raisins or peppers and potatoes. There is also a widespread custom of sprinkling toasted breadcrumbs over the caponata before serving. The crunchy effect goes wonderfully with the sweet-sour vegetables. 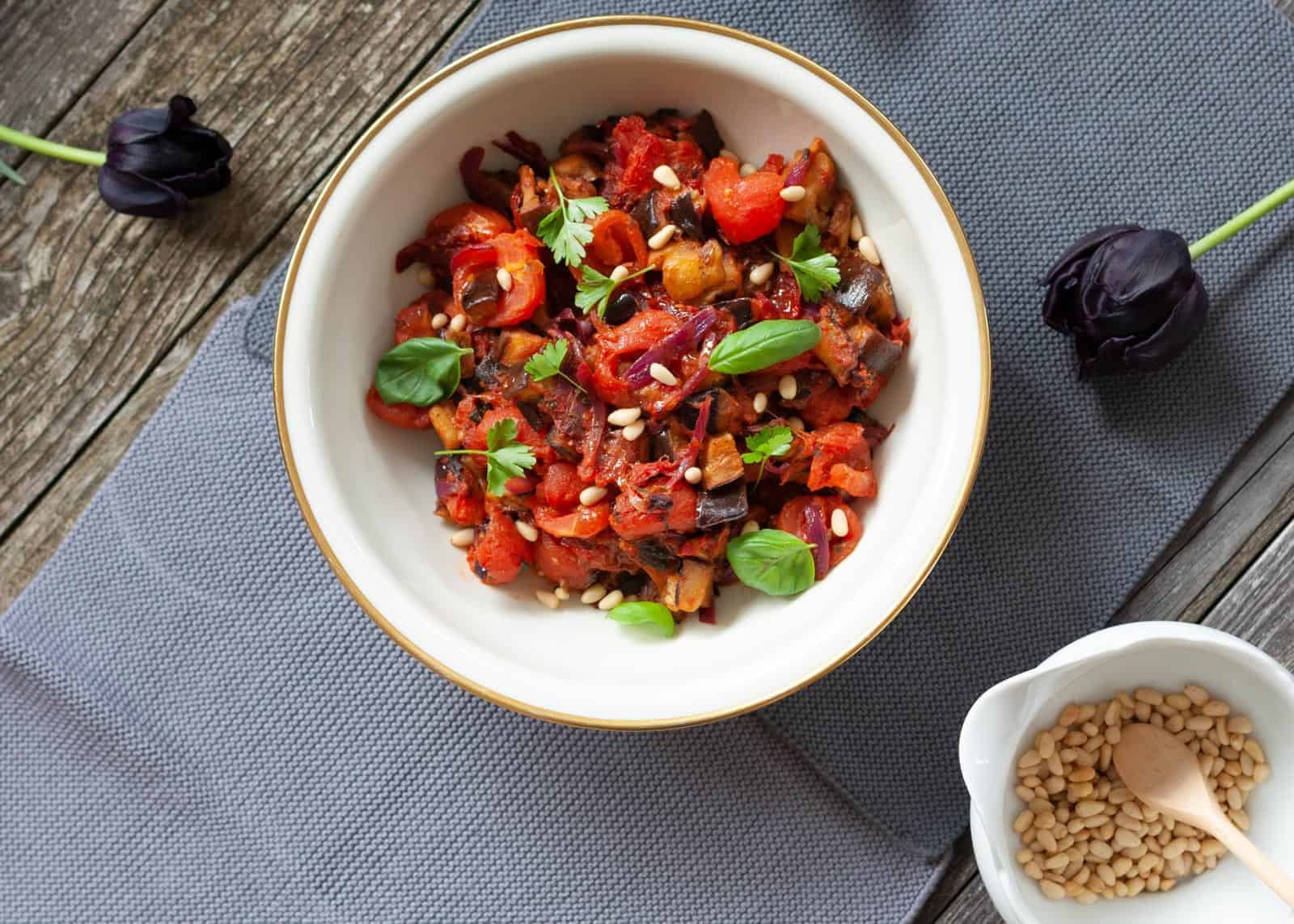 Sun-ripened tomatoes, sweet onions, capers, olives and - in the leading role - fresh aubergines: for many Sicilians, caponata is a piece of home and a delicacy that sends everyone rushing to the table.
5 from all votes. Click on stars to vote.
Prep Time 30 mins
Cook Time 34 mins
8 hrs
Total Time 9 hrs 4 mins
Course garnish
Cuisine Italian, Sicily
Servings 4 serves
Calories 195 kcal