This is what summer should taste like: the simple tart with baked tomatoes and buffalo mozzarella is enhanced by herbs such as marjoram and thyme. Whether from the garden or from the pot on your windowsill - freshly picked they simply taste best.

Cream cheese made from buffalo milk is the pride of Campania. It can be traced back to the 12th century. Supposedly it was the monks of San Lorenzo of Capua who invented buffalo mozzarella. Mozze was the name of the food for starving pilgrims who sought shelter in the monastery.  The pilgrims then carried their praise of this cheese to Rome and beyond - the cheese itself could not be transported far in those days due to the lack of refrigeration. The first mention of mozzarella di bufala by name comes from the cookery book of Bartolomeo Scappi (1570), who worked at the papal court.

Until the 18th century, the production of fresh cheese was a local affair and remained in the hands of farmers. But Infante Charles de Bourbon, who ruled the Kingdom of the Two Sicilies from 1735, loved buffalo mozzarella so much that he converted the royal estates of Carditello into a huge buffalo farm. He had the semi-wild animals tamed and founded the first large dairy to process the buffalo milk and sell the cheese in an organised manner. The meat of the buffalo, which is reminiscent of veal, was also eaten: rubbed with salt and pepper and air-dried, it had a long shelf life.

But times changed. Soon it was mistakenly claimed that buffalo meat and milk were unhealthy because the animals preferred marshy pastures. The old fear of malaria in Campania likely resurfaced again. The prices sank. And some resourceful innkeepers served their guests cheap buffalo meat instead of veal. So bufala was no longer just the name for the buffalo cow, but rather for someone who conceals the truth for his own benefit and just tells a bufala 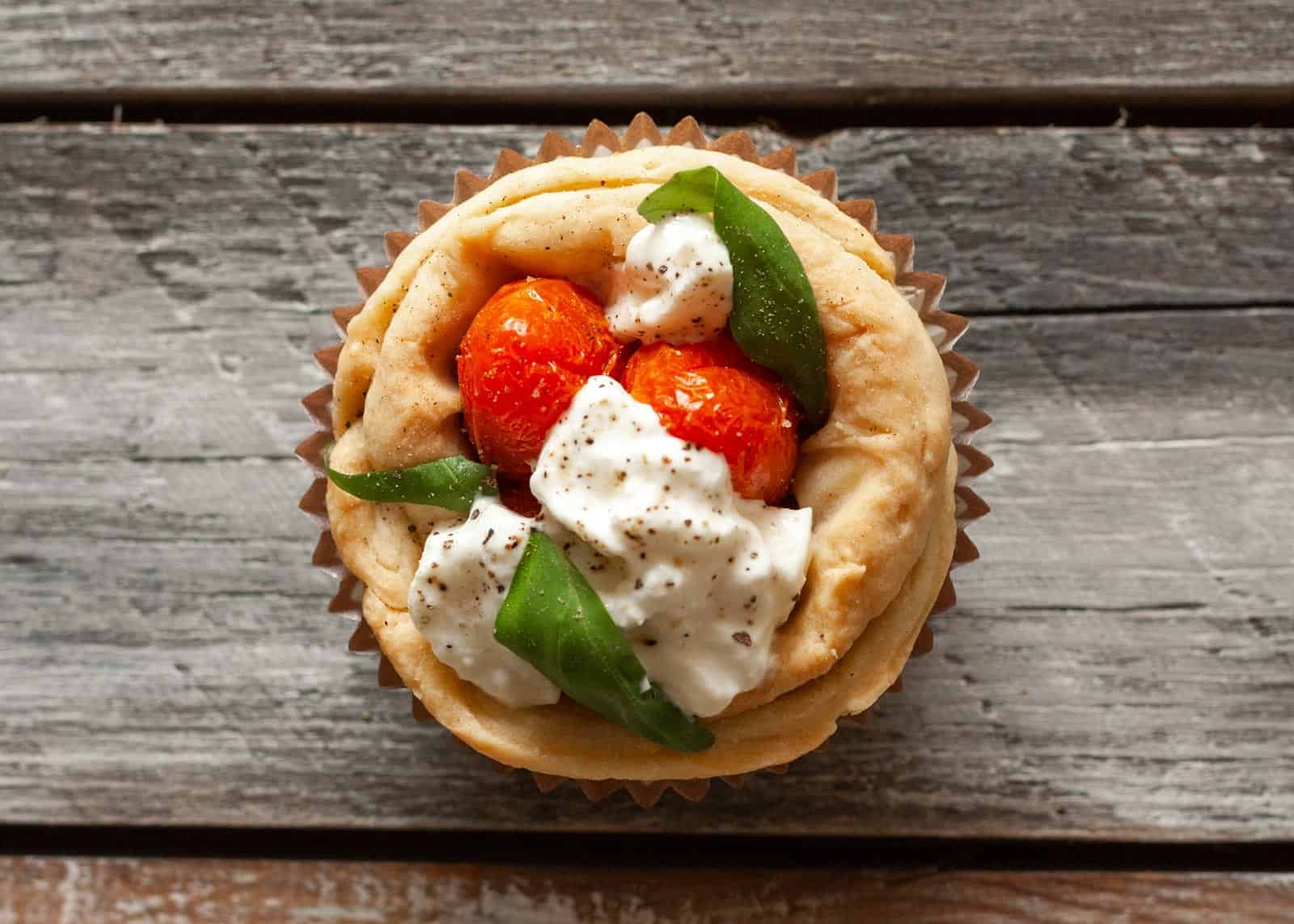 This is what summer should taste like: the simple tart with baked tomatoes and mozzarella is enhanced by herbs such as marjoram and thyme
5 from all votes. Click on stars to vote.
Prep Time 10 mins
Cook Time 45 mins
time to rest 30 mins
Course Appetizer, Main Course, main dish
Cuisine Campania, Italian, Italy
Servings 8 serves
Calories 324 kcal

(for a loaf baking tin or similar)

Winter-time is artichoke time and they also taste great in the vegetable tart: clean the artichokes, cut them into thin slices and fry them in a pan with a little oil and salt. Place them directly on the baked base and cover with tomatoes, mozzarella and herbs. Season with salt and pepper as well as olive oil.