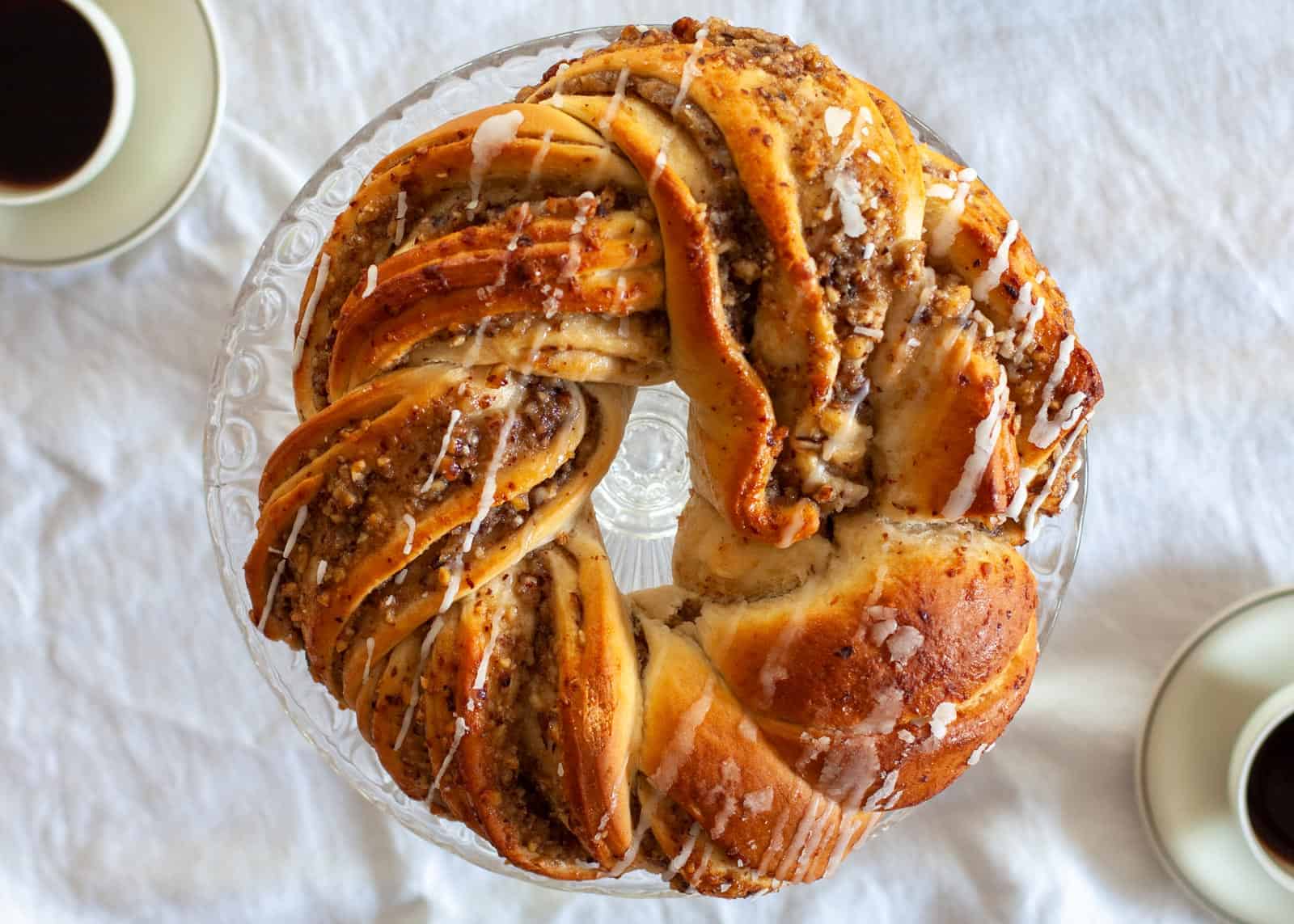 According to an old saying in Italy, if you go to Lucca and don’t try buccellato, this sweet Tuscan cake, you haven't been to Lucca at all. In Tuscany, there are very special stories surrounding the sweet filled yeast Striezel.

Bread from soldiers and cake tax

The name buccellato comes from the Latin buccellatum. In Roman times, this was the name given to the round bread that the soldiers handed out to the poor. The first recipe for buccellato was found in Lucca in Tuscany in a document from 1485. The sweet Tuscan cake, now flavoured with aniseed, was so widespread a few decades later that the Republic of Lucca imposed a tax on it in the 16th century. With the revenue, it was finally possible to renew the protective dams on the Serchio River.

Variations from north to south

Over time, both the recipe and the appearance of the buccellato changed. The dough became more refined and softer. In northern Italy, the original recipe was sweetened with raisins soaked in grappa. In Sicily, the dough flavoured with lemon and orange was filled with dried figs and nuts. Today this version is popular throughout southern Italy.

The cake and life events

In the Garfagnana region north of Lucca, buccellato soon played an unusual role. It became a lucky charm and a sign of change at key religious festivals in the life of Catholics: on the occasion of first communion, confirmation and marriage, godparents give their godchildren a buccellato with colourful ribbons. The ribbons symbolise the bond with each other and with God. The life span of a buccellato is usually short! However, if there are any leftovers and it becomes hard, you can divide it into bite-sized pieces (buccelae). You can roast these, then briefly dunk them in a cup of coffee or cocoa and eat with pleasure. 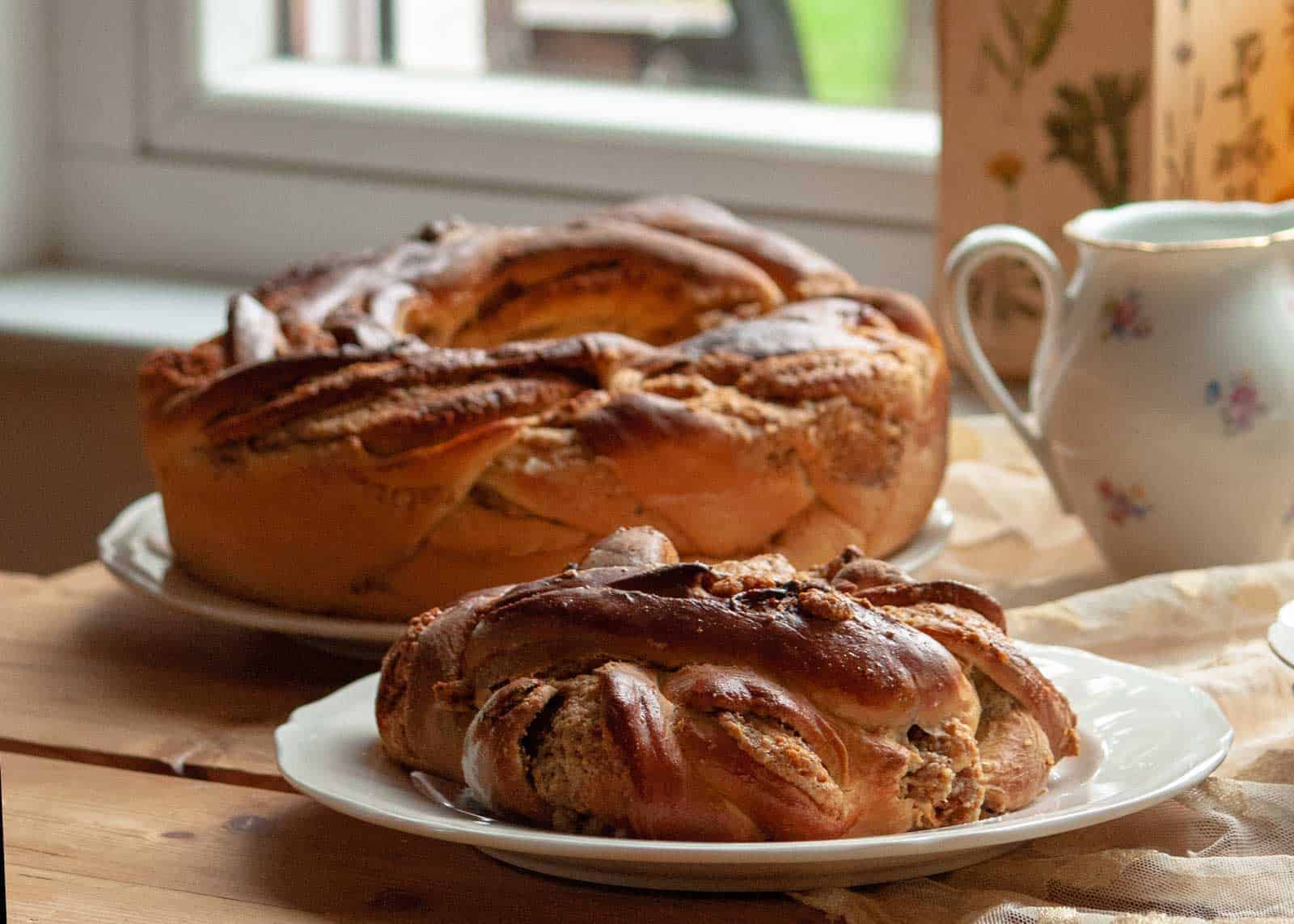 According to an old saying in Italy, if you go to Lucca and don’t try buccellato, you haven't been to Lucca at all. In Tuscany, there are very special stories surrounding the sweet filled yeast cake.
5 from all votes. Click on stars to vote.
Prep Time 40 mins
Cook Time 45 mins
Rest time 9 hrs
Total Time 10 hrs 25 mins
Course cake, Dessert
Cuisine Italian, Italy, Tuscany
Servings 20 serves
Calories 7575 kcal