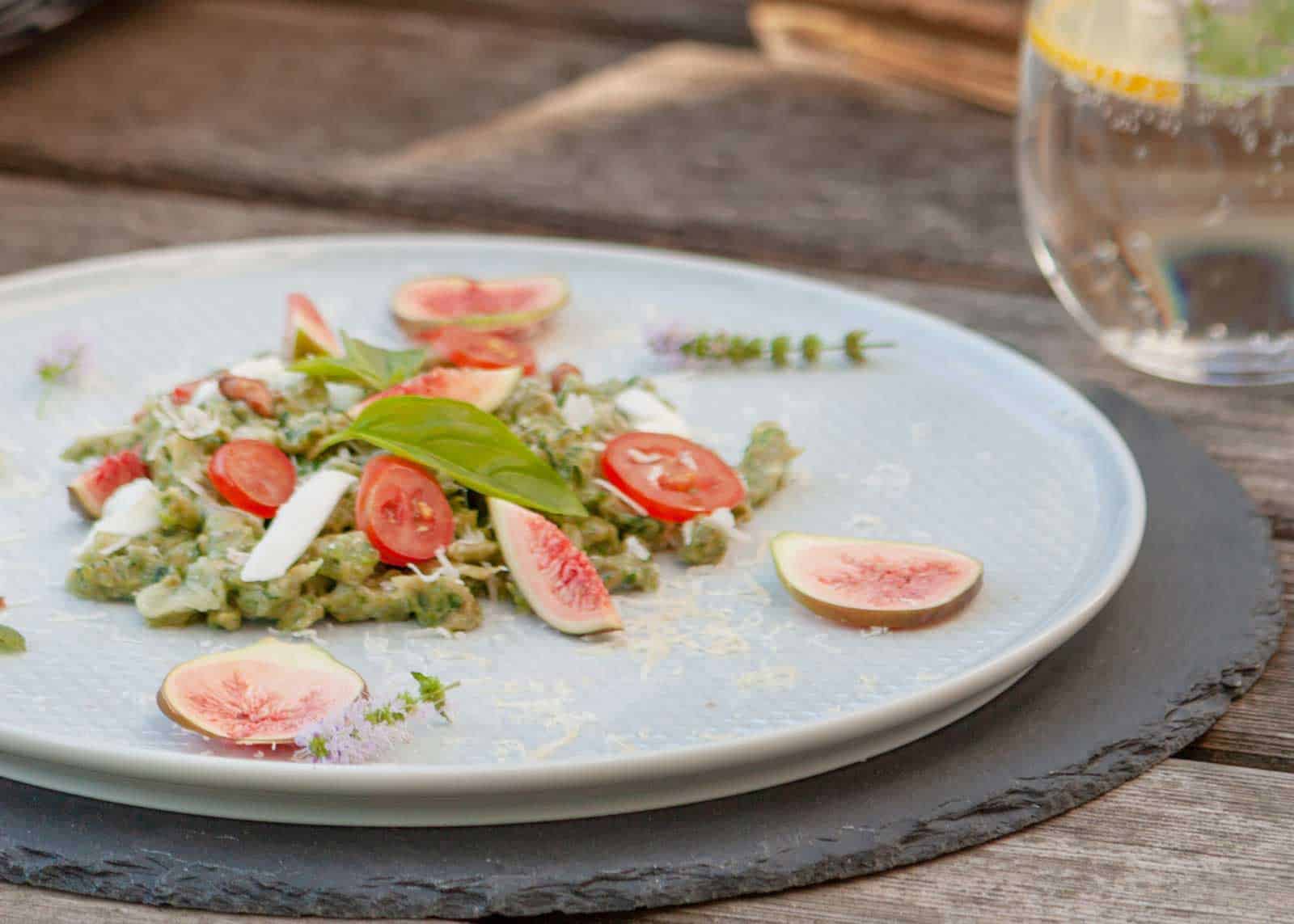 Spätzle literally means little sparrows but in several Central European countries, and in South Tyrol where they are very popular, it refers to a type of pasta.

Before the use of mechanical devices, the pasta was shaped by hand or with a spoon and the results resembled little sparrows. However, south of the Alps, a Mediterranean flair is also to be found in the kitchen: basil adds colour and aroma to this pasta dish. And with tomatoes and mozzarella, the side dish becomes a dish in itself.

South Tyrolean cuisine has always been special. Many recipes have been handed down from generation to generation, often without ever being put down in writing. It was therefore a matter of word of mouth. But the geographical position of the region can also be seen as special: Tyrol once stretched from Kufstein to Lake Garda and bordered Veneto in the south. Already in the 15th century, Bolzano was a lively trading centre. Venice, a main trading centre for luxury foods and foodstuffs from southern Italy and the Orient, was not far away.

The wealthy South Tyroleans loved the imported goods: tropical fruits, spices of all kinds, chocolate or oils. But such goods were not available to the poorer part of the population. Their dishes continued to be inspired by what the local countryside offered throughout the year. This meeting of local traditions and food from the south gave rise to the South Tyrolean cuisine of today. It always knows how to enhance down-to-earth recipes in a Mediterranean way - or vice versa. Bacon and radicchio, risotto and alpine herbs or even Spätzle and basil are only some of the results. 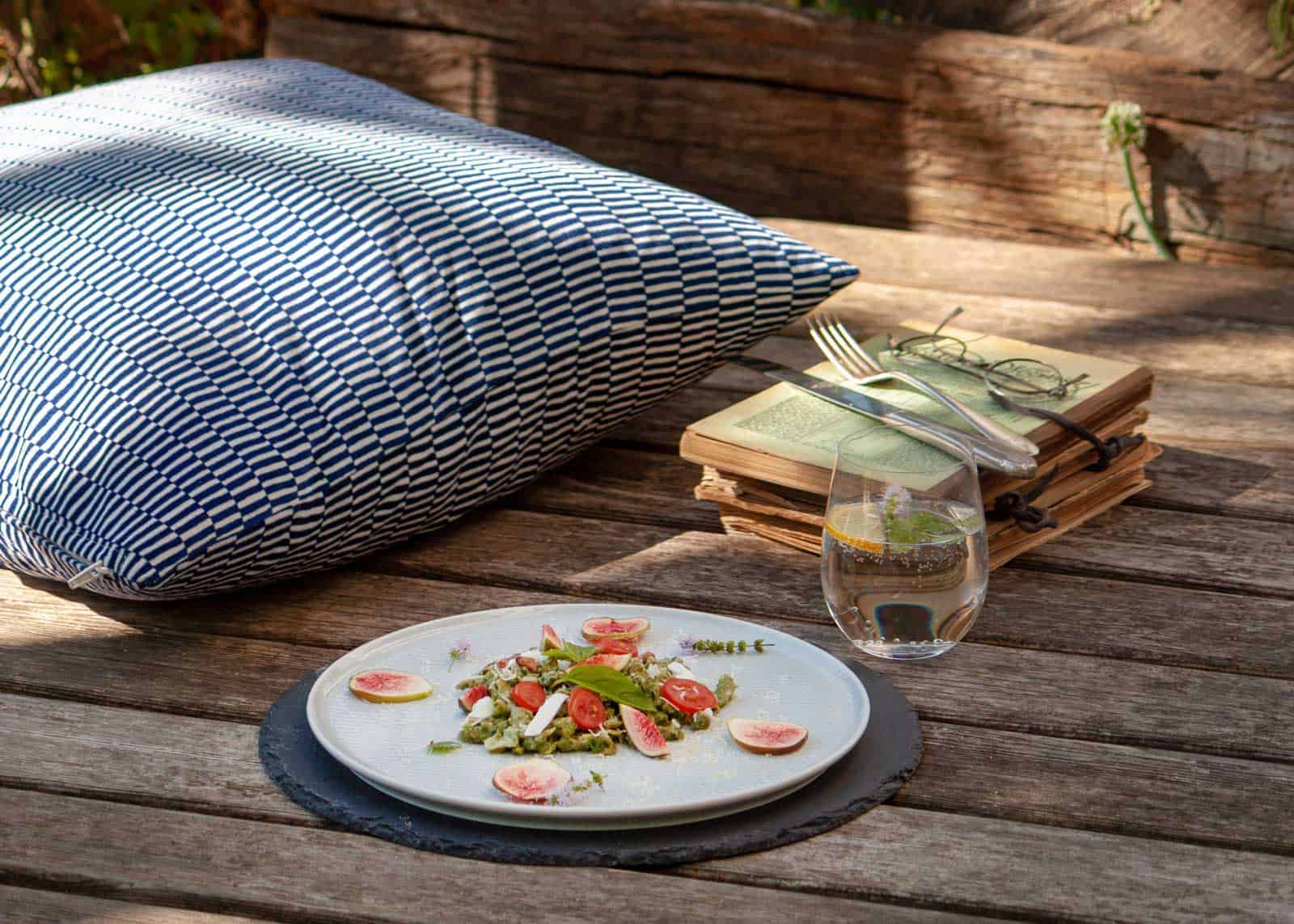 Instead of basil, you can also use other herbs, such as parsley, mint, spinach or chervil, either separately or mixed. Green Spätzle also taste excellent on a bed of roasted onions and baked with cheese.

Simplicity can be so wonderful, and the Piedmontese cuisine fully embraces this art. It also applies to chicken Marengo, which is said to have gotten

Potatoes, cheese, breadcrumbs. Sometimes that's all it takes to be happy. Lasagne di patate was my grandmother's favourite dish, and even we children

Spring is here! I like to celebrate it with homemade ravioli - filled with fresh spinach and ricotta. In Liguria, spinach ravioli alla genovese is a

Lasagna is a classic of Italian cuisine. In this dish, the lasagna sheets cooked in hot salted water are arranged in layers separated by a filling.

In Italy you will find a focaccia recipe in every bakery. In Genoa it can be found in every household. It is served on every occasion with fresh milk

When my grandmother cooked rabbits, we knew there was a special occasion to celebrate. Her rabbit was not roasted, but braised in its own juice and

The best Italian recipes & stories directly in your mailbox !